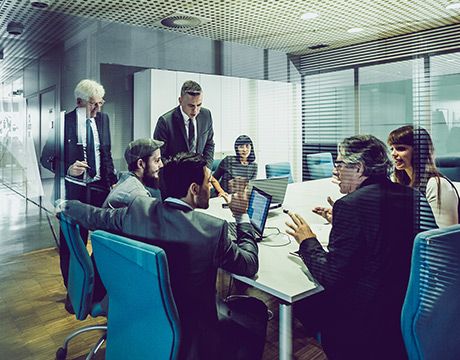 5 Tips on How to Survive Working for a Millennial Boss

As baby boomers retire, millennials — those between the ages of 23 and 38, and who happen to outnumber their older generation X colleagues in the workplace — are increasingly landing management positions. Young engineers with valued technology skills are often promoted over their older peers.

What does all this mean? Engineers, even relatively young ones, can find themselves working for a boss who is younger than them, said Kathi Elster, a career and executive coach at K Squared Enterprises, which provides tools and tactics to workplace navigation.

A Harris Interactive poll conducted in 2012 on behalf of CareerBuilder found that 34 percent of employees in the United States works for a younger boss. And 15 percent of respondents said their boss was at least 10 years younger than they were. That number is expected to grow as baby boomers retire and as millennials become managers. That percentage has probably increased in the past few years, Elster said.

Working under someone younger than yourself can present challenges. You may encounter differences in work habits, work styles, or viewpoints, she added. By following the five tips below, you can significantly decrease any on-the-job uncomfortableness or outright strife, and take your working relationship in a positive direction.

A recent study in the Journal of Organizational Behavior found that most workers at firms with managers younger than themselves reported having more negative emotions, such as anger and fear, than those with older bosses. You’ll need to manage those emotions by staying positive, Elster said.

You were probably once the rising star with the clever ideas. Think back to those days and to your enthusiasm for your early jobs as you listen carefully to what your manager has to say. You could find echoes of a younger you in their words, she added. This will help, should you struggle to respect your high-up’s title and position.

Let go of your past. You know your latest achievements. Call them to mind. You know you’re a great engineer. Your boss, however, is focused on current challenges and wants to know how you’re addressing today’s challenge and working to meet tomorrow’s goals.

2.Refrain from Knowing it All

While related to the first consideration, the older know-it-all-employee is so feared by young managers that it deserves a category all its own, Elster said. To ensure you don’t fall into that role, keep your thoughts and tone free of condescending thoughts.

You can’t be a know-it-all if you realize you don’t, in fact, know how to do everything, said Adwoa Dadzie, a career coach who runs Yes She’s the Boss academy, a leadership program for corporate women.

No matter your experience, your boss will probably have their own spin on things. And that’s okay.

“You have to be open to new ways of doing things even if it’s different than what you’ve been used to,” she said. “Even if you have your own ways of working and doing things, your boss may have new ideas for how to be efficient and do the job. Those ideas may exceed your expectations.”

Along those same lines, avoid any biases, stereotypes, judgements, or even envy you may have about this young leader being your boss, she added.

“Just because they’re a young leader doesn’t mean they’ll be a sucky leader,” Dadzie said. “Don’t make the judgement that less tenure means they won’t be a strong leader.”

3.Watch What You Say

Don’t make age-centric comments. You wouldn’t want your age to become a part of any conversation, so steer away from all talk of others’ ages or experience, even if you’re referring to hobbies or activities that take place outside of work, Elster said.

“Don’t compare what they do to what your adult kids are doing or what you were doing at that age,” she said. “Your boss also doesn’t want to hear you talk about your kid. And skip any chitchat that dates you, like ‘I’m expecting my third grandchild.’”

4.Concentrate on Your Own Role

Focus on what you have to offer as an employee, Dadzie says. Doing this builds confidence and keeps you from focusing too much on concerns about age.

“We bring maturity, commonsense, and experience to our jobs,” Elster said.

Remind yourself often of those and other positive qualities you have as an engineer.

Your boss may have been promoted because they understand a new technology or a new way of doing things. Respect that knowledge. A younger boss can actually bring a great deal of experience and expertise to a job. Learn from them. You’ll gain their respect by letting them know you’re willing to learn from them.

Along the same lines, if you achieve a new certification or attain a new skill, be sure to let your boss know. Don’t keep your own achievements a secret because you feel old bringing them up to a younger person.

The bottom line: Respect your leader, no matter their age. Work to earn their respect. And prepare for an ongoing, positive working environment.

Jean Thilmany is a freelance writer in St. Paul who frequently writes on engineering topics.

Read More Exclusive Stories from ASME.org: YouTube Star Goes Viral with Glitter Bomb Drone Deploys in Just Minutes but Flies for Hours Who Are the Engineers of the Future?

Just because they’re a young leader doesn’t mean they’ll be a sucky leader. Don’t make the judgement that less tenure means they won’t be a strong leader.Adwoa Dadzie, career coach.