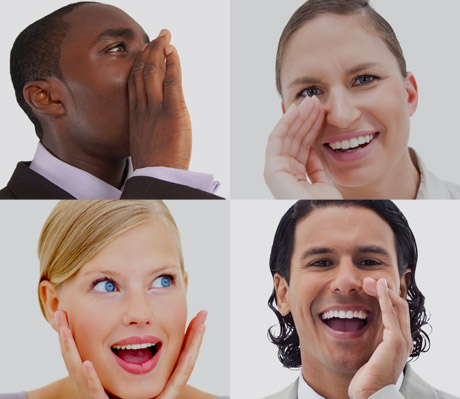 A mechanical engineer can feel in command—they have a plan, they know their clients, they succeed. But then they're asked to speak in front of an audience and it can become something else: nerves, unchartered territory, a fear of failure. But, if you follow these five tips, the stage can be more than friendly—it can become a domain.

David Newman, who has done in-house programs for Microsoft and IBM and is a former president of the Philadelphia Chapter of the National Speakers Association, says it comes down to just a few points. "The first point is to simplify," Newman says. "Simplify your focus. What is the purpose? And if the presentation doesn't fulfill, then simplify. Eliminate the bulk. If it has 150 PowerPoint slides, then see if it can be done with 120, maybe less." Newman also emphasizes that presenters may feel better about material they cut out if they put it in a handout. "People appreciate handouts, a leave-behind, or an email after the conference with supplementary information."

Another important tip is to not memorize. "Memorization equals death," Newman says. "Think about being a 'bullet point speaker.' If I give an environmental engineer a word like 'pollution,' they can talk for 10 minutes about it. Find those words that do that for you and keep them at the ready. When someone talks about a subject instead of reciting it, it will come off natural. Remember speaking involves just two things: expertise and enthusiasm."

As far as how much technical information to use, Newman says it all comes down to considering the audience. "If it's a lay audience, then keep jargon out or you'll lose them," he says. "If it's a hardcore industry crowd they'll likely know the jargon and maybe even expect it."

4. Add to the Speech

Newman, who is also co-author of the book Paid to Speak and author of the upcoming book Do It! Marketing, adds that a PowerPoint should add to the speech, not become it. "If all the presenter is doing is saying the same thing as what's on the slides then there really isn't any need for them," he says. "They also need to think about how fast they're talking and how much is on each slide. You can't do two slides a minute necessarily all the time."

Finally, avoid the monotone that bogs down so many presentations. Says Newman: "Use variation and modulation in volume. Some sections should be big and loud while others soft. Modulate the pace—some are chop-chop-chop and others it's worth slowing down. And don't forget to pause. It's a technique for the audience to catch up….It's important to remember, it isn't a race."

If it's a lay audience, then keep jargon out or you'll lose them.David Newman, former president of the Philadelphia Chapter of the National Speakers Association