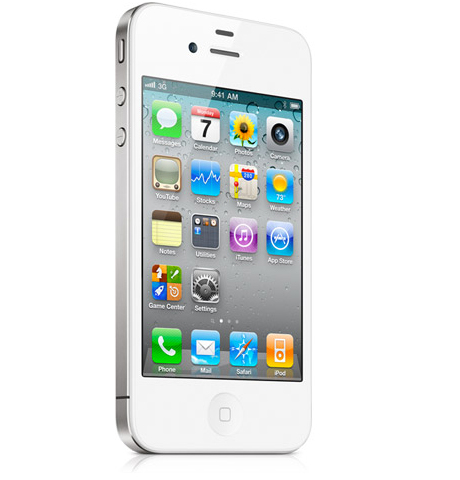 Consider this scenario: You are in the field and you need to obtain the mechanical properties for a given geometric section. If you had a laptop, you would boot it, launch a program, and get the results in a couple of minutes. Instead, you take out your smartphone and launch an app. The app takes between oneand two seconds to launch and has the specific options you need to quickly complete this task. You just saved a few minutes to solve a simple problem with just the tap of a finger.

The computing power, ease-of-use, and convenience of unmatched portability are the key reasons why thousands of smartphone users download apps on their phones daily. “A mobile app is in a broader sense a software program, but it’s more dedicated and task-oriented than an intensive app for a computer,” says Mike Barone, senior design engineer for Hamilton Sundstrand, a division of UTC.

“Apps are specific and fit in perfectly with the tasks engineers do daily,” says Barone. There are several apps available for electrical and civil engineers, but there aren’t as many for mechanical engineers. According to Barone, “The demand is there but it’s unrecognized yet.”

“Counting only the two major platforms in the mobile space today, iOS and Android, there are more than 500,000 apps available these days,” says David Homes, director of technology at IPROBLUE Tech, which develops mobile engineering solutions. “This is a market that pretty much just started in July 2008, when Apple launched the App Store and made it an accessible platform for developers to self-publish there.” There are, however, fewer mechanical-engineering-related apps on the market and the ones that are currently available offer formulas, calculations, or basic reference information. The following are five examples of engineering apps for the iPhone:

Mechanics Basics: This app contains a large selection of mechanics laws, equations, tables, and reference material that engineers may find useful during their work.

Most apps range from free, free but ad-supported, and paid, anywhere from $.99 to $19.99, informs Homes. "I particularly have never paid more than $9.99 for an app. But then again this is a matter of what functionality they provide and whether or not you are willing to pay for it."

The Future of Engineering Apps

By 2015, the mobile app market is expected to be worth $25 billion dollars (up from $6.8 billion in 2010), according to a report by TechCrunch. “With the new tablets on the market, the rate of new mobile application is expected to increase big time during 2011,” says Homes.

Barone hopes to see more mechanical-engineering-focused apps in the coming years. There are several potential apps for mechanical engineers: “It’s almost every chapter of every engineering book that we study. Each chapter goes through the theory, derivation, and derived formula. Engineers understand the theory and want the formula and derivation,” he says. Pressure vessel design could be a good fit for a mobile app with a series of sub apps for specific types of vessels, adds Barone.

Eventually, the future of mechanical engineering apps rests in the hands of the users as it will depend on how motivated they are to use the apps, says Barone. “The younger engineers having these tools will be more productive and will enjoy their jobs more. I believe a happier workforce is a more productive workforce. Apps are an enabler to make productivity and fun to be synergistic.”

The future of mechanical engineering apps rests in the hands of the users as it will depend on how motivated they are to use the apps.Mike Barone, senior design engineer, Hamilton Sundstrand, a division of UTC.