5 Lessons from the DARPA Robotics Challenge

5 Lessons from the DARPA Robotics Challenge 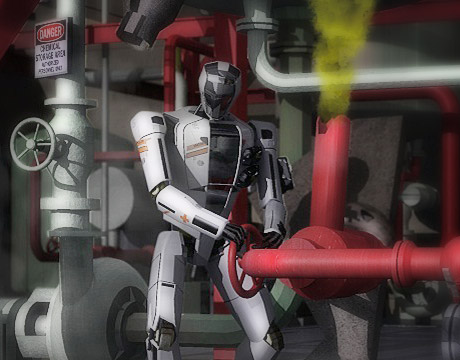 An illustration of an example disaster response scenario. Image: DARPA

The Fukushima disaster in Japan in 2011, which created a toxic environment too dangerous for human responders to enter, inspired the Defense Advanced Research Projects Agency to create the DARPA Robotics Challenge (DRC), with the goal of developing semi-autonomous ground robots for complex tasks in dangerous conditions. According to DARPA, useable technologies that result from the DRC will hopefully lead to the “development of robots featuring task-level autonomy that can operate in the hazardous, degraded conditions common in disaster zones.”

The 2015 DRC finals, held in Pomona, CA, involved 24 teams from around the globe. The objective was to maneuver their own highly specialized robots through eight autonomous and semi-autonomous mobility and manipulation tasks to demonstrate their ability to operate in uncontrolled and unpredictable situations. A joint team from Worcester Polytechnic Institute and Carnegie Mellon University (WPI-CMU) made up of faculty, engineers, and students, placed seventh. Its six-foot-tall humanoid Atlas robot named WARNER was made by Boston Dynamics.

WARNER successfully completed seven of eight tasks on each day of the competition, which included driving a vehicle, opening a door, using power tools, and turning a valve. The team scored 14 out of 16 possible points over the two-day event. It suffered a program design error and an arm hardware failure that caused two attempts at the drill/cutting task to fail. However, WPI-CMU was the only team that attempted all tasks, did not require physical human intervention (a reset), and did not fall during any of the missions.

The Institute of Electrical and Electronics Engineers published a paper written by WPI-CMU team members called “No Falls, No Resets: Reliable Humanoid Behavior in the DARPA Robotics Challenge.” They describe their approach to the DRC and their strategy for avoiding failures that required physical human intervention, and lessons learned. Five major takeaways include:

According to Mike Gennert, director of WPI’s Robotics Program, the greatest experience for the team was learning how hard it is to design and operate humanoid robots. WPI team members had no previous experience with humanoid robots and, although most of the techniques were not quite cutting edge, they were advanced. “That meant extensive testing to ensure that the overall system would perform,” says Gennert. “We also learned a lot about the challenging problems that remain, such as balance and stability, robust and adaptive control, integrating perception and manipulation, and the need for better sensors, especially haptics.”

The team is still working with its Atlas robot.About 30 students are involved in 12 different projects, including learning for walking, footstep placement, two-handed coordination, and getting up from falls.

“This project gave us experience with very advanced robotic hardware and software,” adds Gennert. “We continue to use them in our teaching and research.Our students who have graduated have gone on to great jobs and graduate schools, in no small part due to what they learned in the competition. I could not be more proud of this team and what it has accomplished.”

Our students who have graduated have gone on to great jobs and graduate schools, in no small part due to what they learned in the competition.Mike Gennert, WPI’s Robotics Program