5 Essential Steps to Get Ahead

5 Essential Steps to Get Ahead 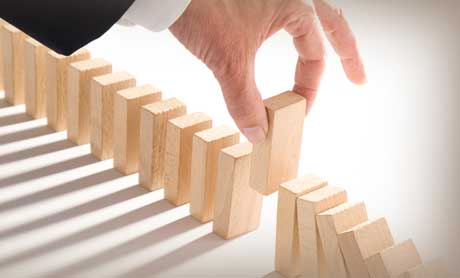 During my 50-year global career, I saw engineers with the broadest range of talents get promoted faster and move farther in their organizations. With each promotion, a young engineer would have fewer engineering responsibilities and more management tasks, requiring "people skills" for which most engineers have little training.

I'd like to suggest five essential steps for getting ahead as an engineer.

My father lost his job in the middle of the Depression because he would not help steal oil from the owner of the pumping station where he worked. Pumps were taking suction out of the same tank that oil was flowing into. After he alerted the owner, my father was fired -- for being honest.

Warren Buffett looks for "three things in hiring people: The first is personal integrity. The second is intelligence. The third is high energy level. But if you don't have the first, the other two will kill you." Integrity is "an inside job:" the intersection of what we think (beliefs and values), do, and say to others. It's built over time, one step at a time. Integrity matters because it's necessary for trust, the crucial factor in personal and professional relationships. The more trustworthy we become, the more trustworthiness we inspire in others.

A reputation grows steadily, day by day, year by year, over a lifetime. But in merely a moment, it can be severely damaged, by inappropriate behavior. Your reputation will always follow you.

Our industry is small; word gets around. Everything you say and do, both inside and outside your organization, creates your image. To many people, someone's word transcends anything put in writing. Have a good reputation--and keep it.

Today, work defines us. When we meet someone, we usually ask, "what do you do?" even before, "where are you from?"

People accomplish more when they love their work. Have you ever seen an athlete win when no one had given her a chance? That motivation and peak performance is fueled by love of the sport. Focus on the most stimulating parts of your job. Seek responsibilities that highlight them.

A senior executive from a major oil company told me that engineers not selected for promotion there were technically very competent. But they didn't communicate effectively, manage people comfortably, or get along well with colleagues and co-workers.

I've observed that people with only technical skills reach a plateau in their careers, and stay there, unless they also have "people skills." You can hone yours through classes, webinars, or popular books about these abilities.

I once asked a Spanish oil executive about a plaque on his desk. He said it epitomized his life history, and translated it: "Everything has been said, but since no one listened, I must start over again."

Technical people can't afford to be poor listeners. How we do our jobs and get along with others is greatly influenced by how well we listen. That's because a speaker's words unconsciously reflect inner feelings, idiosyncrasies, preconceptions, assumptions, background, and prejudices.

Yes, listening requires effort. To be a better listener:

In 1968, I worked on a large project in the Soviet Union. Presidents of other involved firms led the discussions. On my flight back to London (where I lived), one of those company presidents was seated next to me. I asked a question about his career, then asked where he grew up. For the next 3.5 hours, I made occasional comments, but mostly posed questions, listening intently to his replies. At lunch a week later, his London manager told me that his president said I was the best conversationalist he'd ever met!

As you consider whether you can apply these suggestions, please remember: The road to success is always under construction.