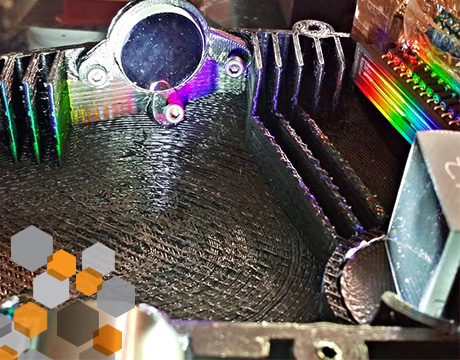 Space telescopes, supercolliders, and mass spectrometers are great for zooming in on atoms, mapping cancer cells, or listening in on the Big Bang, but who’s measuring what’s happening in our own backyards? As it turns out, practically anyone can. Through technologies like 3D printing and smartphones, the growing citizen science movement is arming ordinary people with do-it-yourself (DIY) tools to collect laboratory-grade data from the world around them.

Researchers have frequently rallied the community of lay people interested in their discipline to pitch in on large-scale projects like species counts, weather and climate observation, and even the search for extra-terrestrial intelligence. Citizen science isn’t new, but it’s gaining new ground, and new levels of interest from mainstream scientists. This year, in fact, a new conference called CitSci debuted in 2015 as an add-on to the national meeting of the American Association for the Advancement of Science. The event united a diverse group of teachers, environmental activists, public policy types, and card-carrying scientists to help define the field and identify opportunities to get the public involved in science.

Increasing access to laboratory tools is a key focus of grassroots organizations like Public Lab. The group believes sensitive, accurate environmental measurements are possible without a multimillion-dollar analyzer, and that people can be trained to collect solid data without a PhD in hard science. Public Lab is taking aim at the high price of lab equipment by producing and selling its own – some for as cheap as $10.

The Public Lab on-line store, for example, offers a growing suite of kits and ready-made tools like spectrophotometers, pH meters, and cameras – all orders of magnitude cheaper than their laboratory-grade counterparts yet apparently sufficient for the day-to-day duties of citizen science. Additive manufacturing – though still a niche in the technology of citizen science – is poised to make higher-end measurements more available to the citizen science community – and to educators like Jack L. Summers, PhD. “I think that 3D printing and low-cost open-source microcontroller electronics might revolutionize how science is taught and practiced,” he says.

Summers, a chemistry professor at Western Carolina University, says he is a relative newcomer to 3D printing technology but is impressed by the availability of online resources and consumer-friendly software to ease the learning curve. “The available resources have made it easy to go from zero knowledge and experience to the point where I am comfortable designing and building the pieces that I need for my projects," he says. "By making the code available, it will be possible for people to develop open-source instruments without going through an instrument company.”

Summers bought his first 3D printer to make pumps and valves for automated liquid handling. “I was originally making parts out of wood. That approach had problems with reproducibility, requiring precise cutting, drilling and fitting the parts together. With the 3D printer, each time I make a part, it fits without any further modification.,” he says.Now in the process of writing software to control the individual components of an automated pH measurement system, Summers plans to share his finished product with his students and the public. “I believe that the availability of our designs for pumps and valves can be incorporated to make a large variety of different instruments,” he says. “For example, it should be fairly straightforward to make instruments to automate repetitive steps in chemical synthesis. I plan to build an instrument that will make synthetic peptides.” Such instruments already exist, he said, but are priced beyond the reach of his and many other laboratories.

Additive manufacturing is also a target for study by groups hoping to hack into the emerging field of 3D bioprinting. BioCurious, a Silicon Valley hacker group focused on biotechnology, has launched a community project around a home-built bioprinter created from old CD drives, an inkjet cartridge, and an open-source Arduino computer. Hackers with interests ranging from biology to programming to microfluidics gather every Thursday evening to experimenting with uses such as 3D-printed leaves and custom-printed microfluidic devices.

Mathew Lippincott, Public Labs’ director of production, says there are “several 3D-printed spectrophotometer projects replacing high-end gear used in lab tests” including a new DIY analyzer dubbed Multisynq now in beta testing. Developers at Photosynq.org see the Multisynq as the means to developing a global database of plant health, but there’s potential for other measurement protocols in environment or biomedical testing. The sub-$100 device is designed to collect raw data from the field including leaf images, chemical measurements, and sensor readings, which volunteers send wirelessly to a central repository. “3D-printed parts are still too labor- and cost-intensive for us to replace more traditional manufacturing processes,” Lippincott says. “But they are a boon to our ability to collaborate remotely on prototype instruments” like the Multisynq.

Another prime example is a DIY version of one of the more esoteric lab techniques around, Raman spectroscopy. A hacker known as Fl@C@ took fifth place in the 2014 Hackaday Prize competition with a Raman analyzer combining 3D-printed optical components with a sub-$50 Raspberry Pi computer. The open-source ramanPi instrument characterizes a sample by measuring its molecular vibrations under UV light – a phenomenon called the Raman effect. In a similar spirit, chemistry professors at London’s Imperial College recently told students to hit the bricks – as in LEGOs – in a competition to build and optimize a working Raspberry Pi-powered ultraviolet-visible spectrometer.

It’s all part of the same spirit of introducing new types of users to the idea of DIY data-collection. To that same end the National Institutes of Health’s 3D Print Exchange is a public repository for 3D print models and plans for all manner of laboratory and test equipment. Lippincott says the citizen science movement relies on efforts like these. “A lot of real-time chemical detection is being done with Raman and UV spectroscopy. We would really like to see more of these projects.”