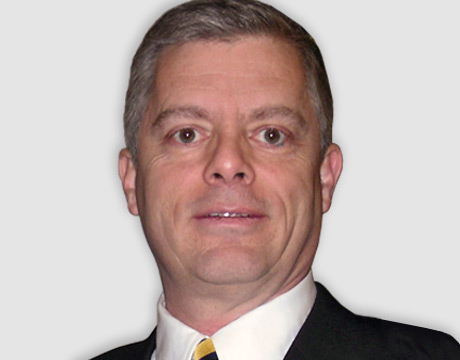 When you think of large engine manufacturers in the 3D printing space, Cummins, Inc., is likely not the first company that comes to mind. But that doesn't mean the diesel engine maker is taking a pass on this explosive new technology—not by a long shot.

Roger England, director of materials science and technology, technical quality, and intellectual property at Cummins, recently represented the company on a panel at ASME's AM3D conference in Boston. We spoke with him further about the impact of 3D printing on diesel engine manufacturing at Cummins, including the challenges of bringing metal additive in line with typical production quality procedures, and its benefits to the environment.

ASME: Cummins is not jumping on the 3D printing bandwagon as publicly as some other companies. Why is that?

Roger England: I think the additive manufacturing industry right now is a lot like the automotive industry around the turn of the 19th century. When folks had cars back in the 1890s or 1900s, it was common that those people were fairly affluent and they could afford to hire a chauffeur who was also a mechanic that could keep the car running.

We see the same thing in the current [metal 3D printing] equipment on the market. It is very labor-intensive to keep it running. We've had direct experience with several pieces of equipment—some better than others—but all of them have a constant stream of updates and changes that the manufacturers are trying to respond to as they learn things in the field. And people do things with them that they don't expect—like running one 24 hours a day, seven days a week for three months, just as fast as you can get stuff on and off it. [And sometimes that means machines aren't robust enough for such frequent and ongoing use.]

The units that we have here are finally getting past the 50 percent uptime availability measure, and that's after we deduct time for scheduled maintenance. It's been a big challenge.

ASME: Is this an industry-wide problem?

RE: You hear different stories of different units from different people. When you go to some of the older polymer systems that have been out for 10 years or so, it's just like buying an older car—they're a lot more robust than new ones, but also have a lot less capability.

It takes a long time to get all of the functionality into the system at a level of robustness and availability that people expect in traditional subtractive equipment, but it's just the normal growth and learning phase of any new technology.

ASME: What else is preventing Cummins from using 3D printing for production parts?

RE: We've actually helped generate some data that shows you can take a metal additive machine and run a part on it, and then go to another machine, same brand, same make, same model, but different location or serial number, run the same part with the same set of user inputs, and the properties are different.

Until we can get it right every time, it's not something we're going to engage. But we will use [additive] in areas where we can add controls, like prototypes. The ability to print prototypes to speed things up is a huge advantage for us as we're doing engine development.

ASME: Do you have specific examples where Cummins is already using metal 3D printing?

RE: We've actually made injection mold tooling using metal additive manufacturing, because it gives an ability to put very complex cooling passages in the mold.

In the process of injection molding these parts, you actually shoot the plastic in, and as soon as it gets cool enough that it skins over on the outside, you can eject it. The faster that you can get it ejected, the fewer molds you need, because the higher your production rate. By changing the [design of the] cooling passages and then making the surface on them a little rougher finish than usual, we get better heat transfer through it, and that allows us to increase our production rate.

A lot of times our volumes aren't great enough to financially justify using injection-molded plastic, because of the cost of amortizing molds. Having [additive] now makes plastic injection molding a viable and cost competitive process for lower volumes.

ASME: Tell us about environmental benefits Cummins sees for additive.

RE: Our new engines are the most efficient they've ever been. And we are doing everything we can to make our manufacturing processes just as efficient.

If we could move some parts from sand casting aluminum into an injection-molded plastic, that would consume a lot less energy during manufacture. And if you look at the entire carbon footprint of the part through its life cycle, it's much friendlier.

ASME: What part do you see more advanced materials and processes playing in 3D printing?

RE: Scientists at Oak Ridge National Laboratory [where Cummins maintains a research lab] are looking at layering materials as we additively build parts: How can we have parts that have improved physical properties, in just the areas we want?

So we're back to environmental stewardship. When you start talking about high-quality materials like nickel and chromium [which create severe environmental impacts due to mining], we have to put a lot of that into Cummins parts because of the high temperature and pressure operating environment we're in. If we could limit [these metals] to just the areas of the parts where it's necessary, that also helps to decrease our impact on the environment, and still give us the type of product we need.

It's about the whole process, from cradle to grave. Additive gives us an opportunity to improve our stewardship of the environment, and we're going to be on the cutting edge of that.