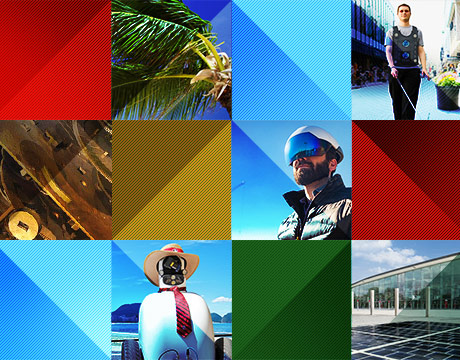 2016 was another banner year for ASME.org, with traffic to engineering-related features reaching an all-time high and with the time readers spent reading articles reaching an all-time “long.” Topics covered this year on the site ranged from the weighty (the impact of robotics on the future of manufacturing) to the sublime (the mystical Greek Antikythera Device), as the editorial staff covered the breadth and width of the engineering profession and explored its critical impact on all aspects of humanity and human life.

Below is a list, in no particular order, of what we believe to be the best of the year’s features, presented unscientifically and based on internal vote. We hope you find this list edifying, and think you will agree that the features here were impactful and relevant to life in the year 2016.

In the meantime, Happy Holidays from ASME.org. We hope you will continue to read along in 2017 and beyond.

1) Flying “Robirds” Increase Safety at Airports: While not actually androids, and while only intended for airport safety for the time being, this article on an incredibly realistic robotic bird grabbed our attention in a year of so many robotic developments - as well as the breakout show Westworld. The future applications of such a robot seem endless.

2) Engineering Safety with Smart Helmets: With virtual reality making headlines this year (and leading 2016’s list of holiday gifts), this feature about a smart helmet that can provide engineers with overlays and schematics on the work site through “augmented reality” was too futuristic not to include.

4) Making the Grid Really Smart: This feature on the smart grid and the high-tech efforts of a variety of energy players to efficiently meet energy needs locally and nationwide was topical and pertinent.

5) The Self-Driving Automaton: In the year of the driverless car, ASME.org took things one step further to look at the “Jackrabbot,” the “driverless” robot pedestrian of the future. Learning to randomly navigate the sidewalks of human society could have limitless applications for safety, human assistance, and more.

6) Wearables Help the Blind Walk: No list of 2016’s most important engineering stories would be complete without a feature on wearable technology. Here the wearable is a vest containing cameras, sensors, and even LIDAR technology to help the blind navigate the streets without dog or cane.

7) 3D Printing Bones: The applications for 3D printing continue to multiply, and bioengineering is one of the most fertile areas for innovation. Here, a team of researchers is working on 3D printing bone, a holy grail for the treatment of numerous cancers.

8) Solaire Roads: French company Colas has come up with a way to achieve a recurring dream in the renewable energy field: installing solar cells in the very roads we drive on. ASME.org looked at their “Wattway” technology in this feature.

9) Palm Trees Sway Wind Turbine Design: An elegant form of biomimicry provides a simple solution to a complex problem in the field of renewable energy.

10) Engineering Renewable Energy for Haiti: With all of the high-tech innovations described in this list, it may be hard to believe that many regions of the globe are still without electricity and running water. This feature looks at efforts to bring energy to daily life in Haiti, where the nation’s grid is often unreliable - or even non-existent.