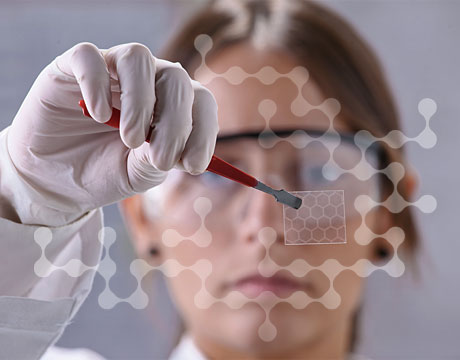 The term “nanotechnology” may be relatively mainstream these days, but many of us don’t fully understand the extent of its effect on our daily lives. Keep reading to learn more about the incredible impact of nanotechnology.

According to the National Nanotechnology Initiative, nanotechnology is “science, engineering, and technology conducted at the nanoscale, which is about 1 to 100 nanometers.”

Nanotechnology is a rapidly expanding field. Scientists are discovering that atoms and molecules behave differently at the nanoscale, and scientists and engineers alike are having great success making materials at the nanoscale to take advantage of enhanced properties—higher strength, lighter weight, increased electrical conductivity, and chemical reactivity—compared to their larger-scale equivalents.

The benefits of nanotechnology aren’t limited to scientists and engineers, though. Check out these ten ways that nanotechnology impacts our lives on a daily basis:

Nanotechnology contributes to compact, efficient computers that consume far less power and use long-lasting batteries. Circuits made from carbon nanotubes could be vital in maintaining the growth of computer power, allowing Moore's Law to continue.

The use of nanoparticles in pharmaceutical products makes them easier for the body to absorb—and easier to deliver, often through combination medical devices. Nanoparticles can also deliver chemotherapy drugs to specific cells, such as cancer cells.

By building vehicle parts from nanocomposite materials that are lighter, stronger, and more chemically resistant than metal, nanotechnology helps to improve fuel efficiency and corrosion resistance. Nanofilters remove nearly all airborne particles from the air before it reaches the combustion chamber, further improving gas mileage.

Nanoparticles, or nanofibers, in fabrics can enhance stain resistance, water resistance, and flame resistance—without a significant increase in the weight, thickness, or stiffness of the fabric. For example, “nano-whiskers” on pants make them resistant to water and stains.

Water filters that are only 15-20 nanometers wide can remove nano-sized particles, including virtually all viruses and bacteria. These cost-efficient, portable water treatment systems are ideal for improving the quality of drinking water in emerging countries.

Carbon nanotubes have a variety of commercial uses, such as improving the design of sports equipment. For example, a tennis racket made with carbon nanotubes bends less during impact and increases the force and accuracy of the delivery. Nanoparticle-treated tennis balls can keep bouncing twice as long as standard tennis balls.

Most sunscreens today are made from nanoparticles that effectively absorb light, including the more dangerous ultraviolet range. They also spread more easily over the skin. These same nanoparticles are also used in food packaging to reduce UV exposure and prolong shelf life.

Many drink bottles are made from plastics containing nanoclays, which increase resistance to permeation by oxygen, carbon dioxide, and moisture. This helps retain carbonation and pressure and increases shelf life by several months.

Thanks to nanotechnology, a huge variety of chemical sensors can be programmed to detect a particular chemical at amazingly low levels—for example, a single molecule out of billions. This capability is ideal for surveillance and security systems at labs, industrial sites, and airports. On the medical front, nanosensors can also be used to accurately identify particular cells or substances in the body.

Nanotechnology On the Horizon

These are just a few of the thousands of ways that nanotechnology impacts society, with important nanotechnology achievements continuing to be announced almost daily. For example, researchers at George Washington University have discovered a way to draw carbon dioxide from the atmosphere and convert it into high-yield carbon nanofibers that can be used in manufacturing.

"Such nanofibers are used to make strong carbon composites, such as those used in the Boeing Dreamliner, as well as in high-end sports equipment, wind turbine blades, and a host of other products," says chemistry professor Stuart Licht, who led the research team.

The process is powered by a hybrid system consisting of solar cells and a thermal energy collector that draws very little energy. Licht estimates that if the process were scaled up to cover a physical area less than ten percent of the size of the Sahara Desert, within a decade, it would reduce carbon dioxide in the atmosphere to pre-industrial levels.

“The technology already exists to fix the atmosphere,” he says. “But there also needs to be a focus on education and getting information to the public at large. Most people still don’t know about these technologies. The best part is that all of this could happen immediately if we simply spread the information in an understandable way. People don’t read science journals, so they don’t even know that all of this is possible.”

Article
Infographic: What are the Colors of Hydrogen?
The overall cleanliness of the hydrogen production depends on the feedstock. To simplify this for the general public, engineers have taken to labelling the different processes by color. Article
What Color Is Your Hydrogen
Researchers and startups that are looking for ways to make it more sustainable are developing technologies that promise breakthroughs on price, efficiency, and scalability.