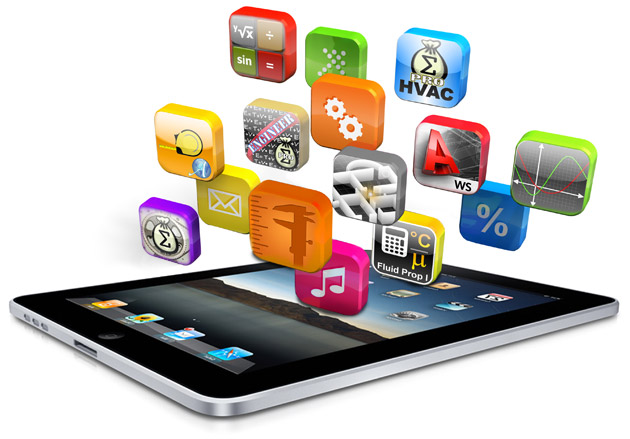 Now that the new iPad has been launched, several new apps that take advantage of the third-generation tablet'shigh-definition screen will also surface before the device reaches Apple stores. While most of us are aware of apps such as Angry Birds, Spotify, or Foursquare, how many are familiar with apps that could make an engineering task easier?

"Apps help engineers do simple things quicker," says 26-year-old Daniel Holmes, a professional engineer with a major firm. Engineering is specific to the situation, says Holmes, who specializes in hydraulics. "If you want to use a quarter-inch bolt and need to understand if it can withstand a certain amount of force or what size drill to use, apps can help you do that calculation quickly," he says. Holmes and his partner have developed iEngineer, an app that offers a database of screw and bolt information. Currently an iPhone app, iEngineer will be available for the iPad soon, he says. Also for You: 9 Android Apps for Engineers

Dr. David Knezevic is a computational science lecturer at the Harvard Institute for Applied Computational Science and was previously a post-doc in MIT's Department of Mechanical Engineering, which developed an application to perform simulations on a smart phone. "Apps liberate engineers to do analysis on site, away from their desktop," he says. "When you are on site and you get new data, you can test it and do some quick engineering calculations right there on your tablet." Mobile as a platform, says Knezevic, is becoming more and more appealing and ubiquitous as phones and tablets are becoming more and more popular. "Apps will become more appealing as time goes on. It's an irreversible trend," he adds.

With new apps being launched daily, it's hard to keep track of what's popular in any specific category. There are many cool apps designed with engineers in mind, but broadly they can be categorized into apps for engineering calculations, design simulations, or reference. If you are a mechanical engineer or aspiring to be one, you might find these 10 iPad apps useful.

LuxCalc Fluid Prop This is a mechanical engineering app that allows engineers involved in thermal analysis to quickly and accurately (within 5%) calculate the thermophysical properties of common fluids found in heat transfer books such as specific heat, absolute viscosity, kinematic viscosity, thermal expansion, and more, for a user-specified temperature.

Graphing Calculator Useful for engineers and scientists, the Graphing Calculator turns the iPad into a high-resolution function plotter and scientific calculator. Some of its features include: quickly plotting and tracing multiple equations on the same graph, custom keyboard to speed up entering equations, pinch to zoom and drag or slide for scrolling the graph in real time, taking screen shots, and e-mailing graphs to yourself.

Engineering Professional This app is a good reference tool for any engineering student as it combines over 650 formulas in chemical, civil, electrical, environmental, hydrology, and mechanical engineering that allow engineers to determine everything from calculations on shafts to calculation on loads on beams. In addition, there are 100 conversion formulas, as well as a section for determining area formulas.

Engineering Unit Conversion This unit conversion tool is specifically designed for engineers, scientists, and students. It offers dimensions engineers need on a daily basis with all the units they commonly use. They can also input negative values when required for temperature and gauge pressures.

Finger CAD FingerCAD is a computer-aided design (CAD) application for technical drawing. With FingerCAD, engineers can draw houses, bridges, mechanical components, geometrical figures, and everything they can draw with a common PC CAD.

TurboViewer X TurboViewer X is a DWG viewer that supports both 2-D and 3-D CAD DWG files. The app allows multi-touch navigation as you pan, zoom, and 3-D orbit around your DWG and DXF files. To view drawing files, you can send an e-mail with theDWG or DXF attachments directly to your iPad. Drawing files can also be viewed through FTP, Dropbox, iCloud, and other cloud-based storage systems.

AutoCAD WS Autodesk's app lets engineers view, edit, and share DWG drawings through the iPad. Engineers can accurately annotate and revise drawings while they are on location in the field, in meetings, or out of the office. They can also work with local versions of designs when they don't have an Internet connection, and easily open DWG, DWF, and DXF files received as email attachments. Read More: 7 Smartphone Apps for Engineers 5 Mobile Apps for Engineers Mixed Reality Changes How Engineers Work