Advice for Transitioning to a New Career in a New Place 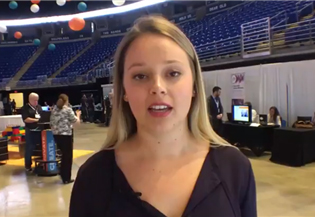 Cayla Castells
We all go through transitions in our lives. We've all been through several to get to where we are today. The one thing I've noticed that's consistent about all transitions is that they always look better when we're looking back at them. As a senior in high school I was super excited to leave my small town and moved to Penn State. All I wanted was to be a Penn State college student, but recently I’ve looked back to something that I wrote during my first drive to Penn State, “I want to say that I'm excited and can't wait and counting down every second, but in all honesty, I'm scared.” Now being a graduate of Penn State, and now looking back on that senior in high school, why was I scared? 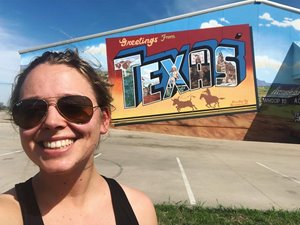 First, own your career and make sure you're doing it for yourself. When it came to picking a job my senior year of college I was thinking, “Okay, what do I want to do?” My professors wanted me to do one thing. My parents wanted me to do another thing. What I decided to do was make a reflection sheet with the things in my career that mattered most to me. One was considering a company's brand recognition as well as its brand reputation. It's important to recognize that really large, well-known companies aren't for everybody, and that just because everyone wants to work there, doesn't mean you should work there too. I also wanted a company that cared about their brand, and that was committed to safety, quality, and giving back to the community. The second thing that mattered most to me was to be part of a development program that included mentoring and coaching through my early career. And finally, the most importantly consideration for my new career was lifestyle. I wanted to kind of stay in one place. I didn't want to be moving every six months. I also didn't want to have a job that was going to require me to work 80 hours a week. After I had made my list, I was able to make the decision to work for Owens Corning and be part of their manufacturing leadership. You may not have heard of Owens Corning before, but they invented fiberglass, and now they're in a lot of different industries. I am in their roofing division and make shingles in Dallas, Texas. I had never heard about Owens Corning before a career fair, but after that I fell in love with the company. And I realize that what was most important to me was that I was happy with the company that I picked because I was the one that had to go to that job every day.

Network and find your comfort zone. I had picked a job that I was excited about, a shingle manufacturer in Dallas, Texas, but I knew nobody in Dallas, Texas. So that’s when networking came in, trying to reach out to people to feel comfortable moving from Pennsylvania to Dallas,Texas. First, I reached out to the engineering sorority I was part of at Penn State, Phi Sigma Rho. There are chapters all over the country, so I reached out to their web page and said, “Hey, I’m going to be moving to Dallas for a job with Owens Corning, and is there anyone in the area who could help me find an apartment?” I met a girl who is working for the same company, and we became really good friends. I wouldn't have had that comfort going into my new job without that support system. I also could turn to the Penn State Alumni Association, the North Texas chapter. I got involved with them too, asking for tips and advice. And another group that I was a part of at Penn State was Engineering Ambassadors, which has alumni all over the country. You might be thinking, a lot of the groups that you’re a part of don't have national chapters, or maybe your new career is in a really small town. We all have the opportunity as ASME members or mechanical engineers to connect through FutureME. ASME FutureME is a community specifically designed for those that are graduating college and moving to their new career path. The FutureME community can help you get into a new career and make connections as well. 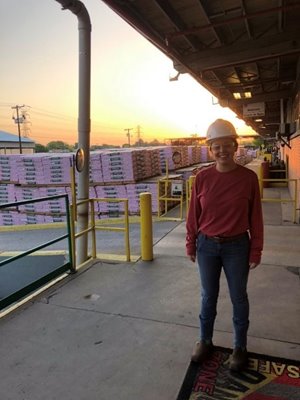 Finally ask a ton of questions and make sure you're prepared. Once you find a network at a great company and you're confident you’re able to handle the transition, the last tip is to make sure you're asking a ton of questions. Despite always being told “there is no such thing as a dumb question,” we all feel a little nervous inside asking certain questions. You think maybe you should already know or maybe you're not prepared enough. The question that I was most nervous about asking was, “what do I wear to work?”

You might think, “mechanical engineers wear khakis and a polo,” but for me that was a really important question. There are pretty intense safety requirements at my plant, so I have to wear special steel-toed shoes, long sleeve cotton shirts, and hard hats. If I hadn't asked that question and I showed up in business casual on my first day, I wouldn't have been able to do my job. So asking questions really helps you to be better prepared even though you might be nervous about it. What you think might be the dumbest question, or the question you're most scared to ask, could be extremely important.

About the Author: Cayla Castells graduated with a degree in Mechanical Engineering in December of 2017. She began the Manufacturing Leadership Program with Owens Corning Roofing and Asphalt in March of 2017. As an undergrad, Cayla had three different internships with General Electric. These internships helped her develop a passion for manufacturing, utilizing her mechanical engineering degree to solve technical issues on the factory floor. Outside of academics, Cayla was a two-year Resident Assistant in East Halls, active in the Women in Engineering Program and Career Resources, and Engineering Ambassadors. She received the 2017 Joelle Award for leadership excellence and was named the 2017 Homecoming Queen due to her involvement within and impact on the university.