Despite Bad Luck and Your Own Mistakes, Finding Opportunities for Growth 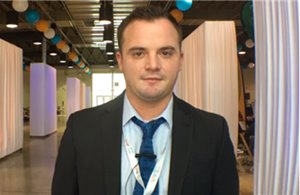 Brian James
Don't take bad luck personally; use it to advance your career. I graduated with my undergraduate degree in 2008, which you may know was right in the midst of the worst financial crisis since the Great Depression. What can you do when you graduate looking for a job in a really bad financial downturn? You can stay in school and go to grad school. I started grad school at UCLA, but I needed to figure out how to pay for tuition without taking out a lot of student loans. I hopped on the UCLA job board and found a job at Southern California Edison that allowed me to work full-time over the summer and part-time during the school year while I was finishing my Master's degree. And when I graduated with my Master’s, I transitioned to full-time with the same company. Not everybody can work 25 hours a week and do grad school, but I really thought it was worth the effort and was invaluable to my career development. I was able to find things I was learning in my energy class, for example, that I could actually apply in my job. On top of that when I was working part-time, having one or two projects, I could get comfortable in the work environment. As a part-time worker, my coworkers eased me along. Then when I graduated, I just increased my hours and my workload.

I was already comfortable with my coworkers, and I knew who to talk to. Looking back, working while also going to grad school really eased the transition into my career, particularly since jobs were hard to find when I graduated. 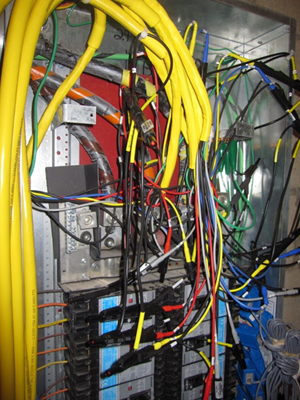 Mistakes happen, but from these mistakes come growth. Within my first year being hired on full time, I was still on a temporary contract. My company gave me a project where I was doing retro commissioning of a local university of the school cafeteria. I did an energy audit, installed some submetering equipment, and did a lighting audit. In the process of installing the submetering equipment, I caused an electrical ground fault of the panel, which shut off the electricity and gas through the entire building during the peak lunch hour. At that point, I thought this is probably the worst thing that could happen, being on a temporary contract., I thought, “That’s it for me. Pleasure working here, but I’m out.” But, in reality my manager at the time was there and knew we followed all the proper safety protocols. Nothing really bad happened; we were able to replace the panel. People only had cold lunch for half a day. So, the lesson was that we had to just fix it, learn from it, move on, and use it as a real training opportunity for the future. 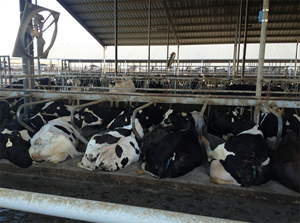 Seize the opportunity even if it’s not glamorous. Not all projects look fun from the outside, and some of them quite literally stink. I had a project in Central California working on an alternate way of cooling cows. Yes, in California, we do have the happiest cows. I can attest to it from this project. I had to drive up long drives, stay in the middle of Tulare, CA, where it just smells everywhere, even at your hotel room. Our goal was to improve energy performance for cooling these cows. And this was my first real independent, no handholding, project, where I was able to create the entire measurement verification process, identify my control boundaries, install the monitoring equipment, download the data, and do all the work independently. My hard work allowed my manager to see that, “He can do this on his own. I can take off the training wheels, and he's good to go.” Despite stepping through manure or having a cow lick your laptop, this opportunity gave me valuable experiences for my career.

Finally, take a chance. I've been in my current role for about nine years, and the work has been more or less the same in that time. I have eight projects at a time usually, and new projects are always coming in. Although it's kept me interested and it's pretty exciting, I've got a little comfortable the last couple of years. I think that comfort can actually drive complacency and stunt your growth a little bit. For that reason, I'm trying to branch off in a new position, starting as an audit engineer, to try to learn more about different parts of the company. I encourage you to take those chances, despite knowing mistakes will happen. Always look for opportunities for growth, and don't get complacent with what you do.

About the Author: Brian James is project engineer for Southern California Edison where he focuses on energy efficiency projects with an emphasis in heat transfer and materials. He is transitioning roles at the company to explore a new opportunity as an audit engineer. Brian graduated with a B.S. in Materials Science Engineering from University of California-Irvine and M.S. in Mechanical Engineering from UCLA, and is a licensed Professional Engineer. He is a board member for ASHRAE SoCal and Chair of ASME Orange County Section.