356056 - Chronicles of Mechanical Engineering in the United States has been added to your cart.
View Cart
Books

Chronicles of Mechanical Engineering in the United States

Chronicles of Mechanical Engineering in the United States 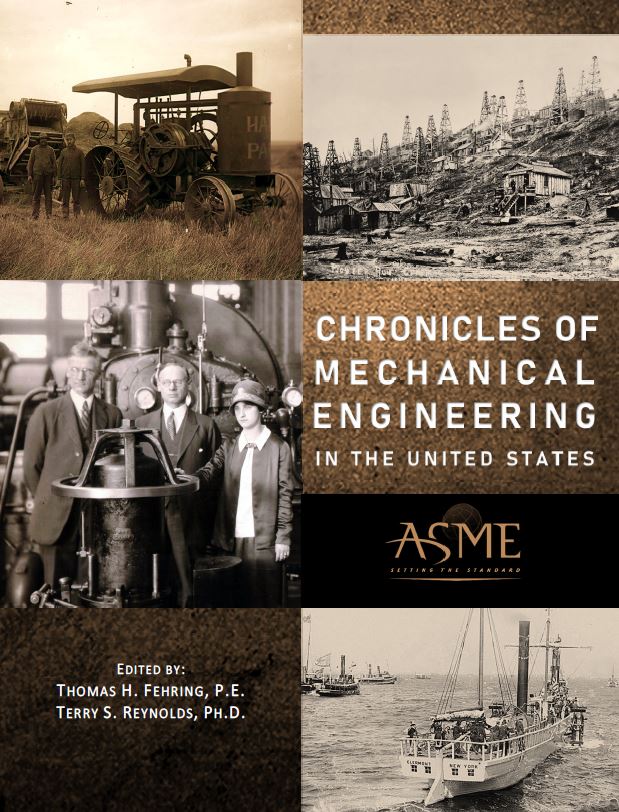 The PDF eBook edition will be available on The ASME Digital Collection
(https://asmedigitalcollection.asme.org/ebooks)
.
Issued in commemoration of the 50th anniversary of ASME’s history and heritage committee, this new book collects, in a single place, historical contributions published over the past fifty years in ASME’s flagship magazine: Mechanical Engineering.

From its organization in 1880, the American Society of Mechanical Engineers has recorded the history of the mechanical engineering profession and the careers of some of its notable practitioners. These efforts were formalized in 1971 with the creation of a History and Heritage Committee.

In preparation for the United States’ bicentennial year, and later the Society’s centennial, the editors of Mechanical Engineering contracted with engineer-historian Fritz Hirschfeld for a long series of articles about the county’s early mechanical engineering heritage and the lives of notable mechanical engineers, particularly those associated with ASME’s founding. Hirschfeld’s articles form the foundation of this volume. To supplement Hirschfeld’s work, the editors have added numerous other historical articles published in the magazine.

The engineering innovations described by these articles have been enormously important to the development of modern technological society, and the stories behind their development should be of interest to engineers interested in the history of their profession, as well as anyone interested in American history.

The PDF eBook edition is available on The ASME Digital Collection: www.asmedigitalcollection.asme.org/