Fluid Power Systems & Technology Divisionv (FPST) is concerned with advancing the design and analysis of fluid power components, such as hydraulic and pneumatic actuators, pumps, motors and modulating components, in various systems and applications. 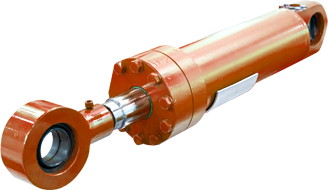 The ASME Fluid Power Systems & Technology Division is concerned with advancing the design and analysis of fluid power components, such as hydraulic and pneumatic actuators, pumps, motors and modulating components, in various systems and applications, including the most recently added areas such as microfluidics. Another core goal is to help provide quick and reliable service to both current ASME FPST Division members as well as anyone with an interest in the FPST and its areas of interest. Links with other ASME areas as well as industrial, academic, governmental and international groups are another important part of networking to achieve common goals throughout the world in Fluid Power.

Recognition of outstanding achievement in engineering is one of the major objectives of ASME. Through its programs of honors and awards, ASME recognizes outstanding contributions to the art and science of engineering.

Please note that honorariums cannot be distributed without receipt of applicable tax forms. If you are a recipient of a monetary award, you will be contacted by ASME staff regarding tax forms you will need to complete, as well as how to submit them to us.

Links to helpful online resources related to the division are below. If you have suggestions for other resources, please contact the division chair or ASME staff.