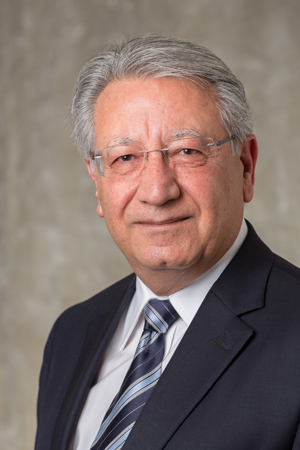 NEW YORK, June 25, 2018 – Said Jahanmir, a prominent technology innovator and engineering executive with accomplishments across a wide spectrum of disciplines – from heart assist pumps to advanced manufacturing – has been named president of The American Society of Mechanical Engineers (ASME). www.asme.org

As ASME president, Jahanmir will play a central role in growing the Society’s activities in disseminating technical information and innovative solutions to improve safety and quality of life. His stated goals include increasing the number of active members, especially students and early-career engineers, and motivating staff and volunteers to develop genuine collaboration and partnerships.

Jahanmir, an ASME fellow, currently serves as assistant director for federal partnerships, at the Advanced Manufacturing National Program Office at the National Institute of Standards Technology (NIST). His current assignment is in the Executive Office of the President of the United States, where he serves as executive secretary for the Subcommittee on Advanced Manufacturing at the National Science and Technology Council. Jahanmir is also serving as president and CEO of Boston Tribology Associates, an engineering consulting firm based in Cambridge, Mass. Prior to his current position, he was a senior legislative fellow in the U.S. House of Representatives, where as an ASME Congressional Fellow he provided advice on manufacturing, science and technology policy, STEM education, and workforce development.

Previously, Jahanmir held the positions of president and CEO of MiTiHeart Corporation, and as vice president of Mohawk Innovative Technology, Inc. He led research and development efforts on implantable blood pumps, high-temperature coatings, high speed micro-machining, and high speed oil-free compressors. His leadership led to the development and pre-clinical testing of a new generation of mechanical heart assist pumps for heart failure patients and other unique products.

In 1985, Dr. Jahanmir was named the first director of the Tribology Program at the National Science Foundation in Washington, D.C. He also served as senior research engineer at Exxon Research and Engineering Company; assistant professor of mechanical engineering at Cornell University; lecturer at the University of California at Berkeley, and instructor at the Massachusetts Institute of Technology.