Hiremath, an ASME Fellow, has been an active member of ASME since 1997. He has served as a member of the ASME Board of Governors since 2015. With a distinguished career spanning more than 30 years, he is one of only a few engineers in the world to have designed and engineered systems in four different environments – deep underground, off-shore, on-ground and in space. He currently serves as vice president at SC Solutions in Sunnyvale, Calif. Previously, he held leadership positions at SSL, SpinLaunch, ARES Corporation, Northrop Grumman, and Stellar Solutions. In 2013-14, he served as technical advisor to the Science, Space and Technology Committee of the U.S. House of Representatives.

Hiremath is a civil engineering graduate of the College of Engineering, Pune, India. He earned Master of Science and doctoral degrees in structural dynamics from The Ohio State University and a certificate in systems engineering from Stanford University.

“The Society has made great strides in the last few years. Let’s keep the momentum going. Let’s strive to make the Society prolific, brilliant and healthy,” said Hiremath during his inaugural remarks.

Outgoing president, Bryan Erler, P.E., expressed his thanks to the Board of Governors and ASME Executive Director/CEO Tom Costabile, staff, and volunteers for their support throughout the past year, including unique challenges brought on by the COVID-19 pandemic.

“It’s been the honor of my career to serve as ASME President through a time of unprecedented challenge,” said Erler. “I am so proud of our members and their significant contributions to support our country and truly live our mission to advance engineering for the benefit of humanity.”

During the same event, Karen Ohland was introduced as ASME’s president-nominee for the 2022-2023 term. A member of ASME since 1983, Ohland is the associate director for finance and operations at the Princeton University Art Museum. She served as a member of the ASME Board of Governors from 2016 to 2021. Prior to her career in museum administration, she worked as a biomedical engineer in industry, academia, and government. She has held leadership positions at ASME for more than 20 years. Ohland received bachelor’s degrees in biology and bioengineering from Swathmore College and a master’s degree in anatomy from University of Chicago.

In addition to Hiremath and Ohland, three new members of the ASME Board of Governors also begin their terms: 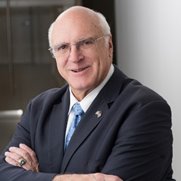 Thomas (Tommy) A. Gardner, Ph.D., P.E., and ASME Fellow, is chief technology officer of HP Federal. He is the recipient of the 2021 Chief Technology Officer Award by Washington Exec. He was previously chief technology officer for Jacobs Engineering, Scitor, and ManTech, and earlier in his career was a senior technical executive at Raytheon. He is retired from the U.S. Navy as a captain having commanded the USS San Juan (SSN 751). He received a Bachelor of Science degree in engineering from the U.S. Naval Academy, a master’s degree in public administration from Harvard University, a Master of Science degree in management of technology from Massachusetts Institute of Technology, and a Ph.D. in energy economics from George Washington University. Gardner has served on the executive committee of ASME’s Technology and Society Division, chaired the Industrial Advisory Board from 2016-2019, worked on the Committee on Government Relations in 2020, and currently supports the Committee on Codes and Standards and the Committee on Honors. He is also a member of the ANSI board of directors.

Samuel J. Korellis, P.E., ASME Fellow, is a technical executive at the Electric Power Research Institute (EPRI), where he manages a wide range of research projects with an emphasis on optimizing plant and equipment performance. Before joining EPRI, Korellis held engineering and management positions at several U.S.-based power companies. He has been active in ASME codes and standards for 35 years and was recently the senior vice president of the Standards & Certification Sector. He received a bachelor’s degree in power engineering and a master’s in mechanical engineering from Purdue University.

Wolf Yeigh, Ph.D., an ASME Fellow, has been the Chancellor and Professor of Engineering at the University of Washington, Bothell since 2013. He led the State University of New York Institute of Technology as president from 2008-2013, building academe-government-industry relationships. An active ASME member since 1984, Yeigh has served in many volunteer and leadership roles from the Management Division to representing ASME in the Alfred Noble Prize Committee, among others. He received the ASME Dedicated Service Award in 2007. Yeigh earned a bachelor’s degree in engineering science from Dartmouth College, a master’s degree in mechanical engineering from Stanford University, and a master’s degree and Ph.D. in civil engineering and operations research from Princeton University.


About ASME
ASME helps the global engineering community develop solutions to real world challenges.  Founded in 1880 as the American Society of Mechanical Engineers, ASME is a not-for-profit professional organization that enables collaboration, knowledge sharing and skill development across all engineering disciplines, while promoting the vital role of the engineer in society. ASME codes and standards, publications, conferences, continuing education, and professional development programs provide a foundation for advancing technical knowledge and a safer world.  ASME recently formed the International Society of Interdisciplinary Engineers (ISIE) LLC, a new for-profit subsidiary to house business ventures that will bring new and innovative products, services, and technologies to the engineering community. For more information, visit www.asme.org.