Keynote and Plenary Speakers Selected for IMECE 2018 in Pittsburgh

Aug. 24, 2018 – The ASME 2018 International Mechanical Engineering Congress and Exposition (IMECE 2018), which will be held from Nov. 9 to 15 at the David L. Lawrence Convention Center in Pittsburgh, Pa., will feature a full schedule of interesting activities for attendees, including technical sessions, student competitions and technical tours — as well as a keynote presentation featuring Frank DeMauro from Northrop Grumman Innovation Systems and plenary presentations by Mark Hindsbo of ANSYS and Vijay Kumar from the University of Pennsylvania. 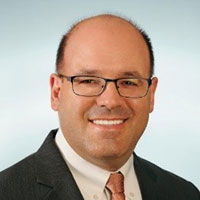 Frank DeMauro
DeMauro, who is the vice president and general manager of the Advanced Programs Division of the Space Systems Group at Northrop Grumman Innovation Systems (formerly Orbital ATK), will discuss the topic “Longer Lifespan: The Value of Satellite Servicing and In Space Robotics” during the IMECE keynote session on Monday, Nov. 12. DeMauro’s speech will address the different methods for in-orbit life extension and in-orbit spacecraft assembly now in development at Northrop Grumman. He will also discuss the status of the company’s robotic and non-robotic capabilities as well as Northrop Grumman's future plans for commercial servicing vehicles.

In his current role, DeMauro supervises the program execution, business development and financial performance of Northrop Grumman’s Human Space Systems, Satellite Servicing and Commercial Communication Satellite business groups, which include such key programs as NASA’s Commercial Resupply Services (CRS) and Mission Extension Vehicle (MEV) initiatives. DeMauro’s previous positions at Orbital have included program director for the CRS program and vice president of engineering as well as a number of other leadership and program management positions in the company’s commercial communications satellite group. He has been the recipient of a number of honors during his nearly 30-year career, including the NASA Exceptional Public Service Medal, the National Space Society Space Pioneer Award and the Pete Rustan Civil Space “Courage to Innovate” Award. 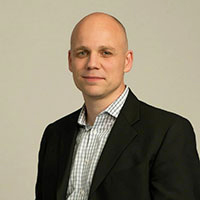 Mark Hindsbo
Mark Hindsbo, vice president and general manager of the Design Business Unit at ANSYS, will deliver his plenary presentation, “Innovation in Engineering,” on Wednesday, Nov. 14 from 8:00 a.m. to 8:45 a.m. During his talk, Hindsbo will explore the democratization of engineering technologies and how the increasing accessibility of such powerful tools as simulation on-demand manufacturing is restructuring the engineering profession.

Before he joined ANSYS as its vice president of marketing in 2015, Hindsbo had been a senior vice president at the Seattle-based computing solutions company Parallels. His career prior to that included a decade working at Microsoft, where he served in roles including senior director of business development, general manager of the server tools business group and vice president of the company’s Developer business in the United States. He also worked as a management consultant at the Boston Consulting Group, performed scientific computing at Novo Nordisk, and co-founded an e-commerce and digital marketing agency.

On Thursday, Nov. 15, from 11:45 a.m. to 1:15 p.m., Vijay Kumar, the Nemirovsky Family Dean of Penn Engineering at the University of Pennsylvania, will present the closing luncheon plenary at IMECE 2018. During his presentation, titled “AI, Robotics, Automation and the Future of Work,” Dr. Kumar will take a look at how exponential growth in computing, communications and storage have fueled a new “irrational exuberance” within the technology sector and discuss whether there is a basis for this excitement and what the future holds in terms of professional and educational opportunities in engineering. 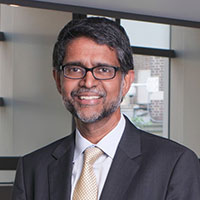 Vijay Kumar
Kumar, who is an ASME Fellow, has held a variety of positions at the University of Pennsylvania since joining the faculty in 1987, including deputy dean for research, deputy dean for education, chair of the mechanical engineering and applied mechanics department, and director of the General Robotics, Automation, Sensing and Perception (GRASP) Laboratory. Before becoming a faculty member at the university, Kumar had been the assistant director of robotics and cyber physical systems at the White House Office of Science and Technology Policy from 2012 to 2013. He is the recipient of a number of honors, including the National Science Foundation Presidential Young Investigator Award, the ASME Mechanisms and Robotics Award, the World Technology Network Award and the IEEE Robotics and Automation Society George Saridis Leadership Award in Robotics and Automation.

For more information on the ASME 2018 International Mechanical Engineering Congress and Exposition, or to register, visit www.asme.org/events/imece. For information on ASME IMECE exhibitor and sponsor opportunities, please contact Joyce Ginsburg at (773) 456-2153 or ginsburgj@asme.org.