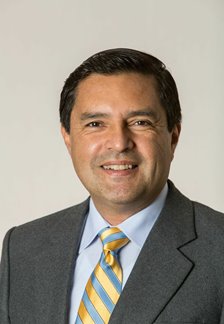 New York, August 3, 2015 – Julio C. Guerrero, Ph.D., principal in R&D and business development in the Energy Division of Draper Laboratory, Cambridge, Mass., has been elected president of The American Society of Mechanical Engineers (ASME) for a one-year term that continues to July 2016.

Guerrero is the 134th president of ASME and the first Latin American to hold the office in the long history of the organization, which has more than 140,000 members worldwide.

A noted expert in energy services, Julio Guerrero joined Draper in 2011. There, he identifies ways to apply the laboratory’s technological capabilities and assets in the energy industry, including oil and gas exploration.

Prior to joining Draper, Guerrero worked as principal research scientist at Cambridge-based Schlumberger Research, where he led multidisciplinary collaborations in robotics and other mechanical systems used in oil operations. He holds 22 patents worldwide.

Among his leadership activities in ASME, Guerrero served as a member of the Society’s Board of Governors from 2011 to 2014. His work on the ASME Strategic Initiatives and New Products cross-functional team helped to define the Society’s global markets, while providing a clear understanding of customer needs.

Guerrero received his education and training at Universidad Nacional de Ingenieria, Lima, Peru, and the University of Texas, Austin. He is the recipient of a master’s degree and Ph.D., both in mechanical engineering, from UT.

Julio Guerrero speaks English and Italian, in addition to his native Spanish. Among various recreational interests, Guerrero is an avid swimmer and skier.