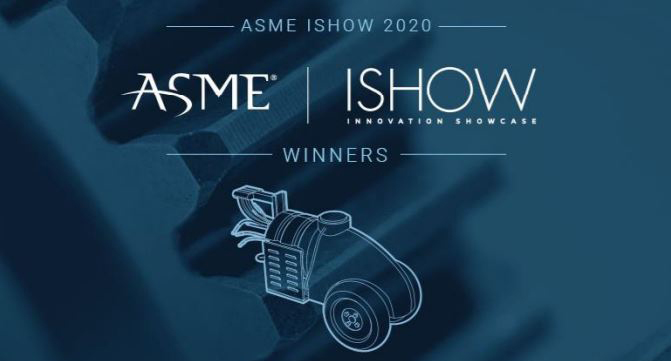 NEW YORK, April 21, 2020 – The American Society of Mechanical Engineers (ASME) has announced the regional winners of the 2020 ASME Innovation Showcase (ISHOW), the premier international accelerator of hardware-led social innovation. Eight socially minded teams of inventors from throughout India presented their design prototypes in a virtual event held April 14-17. Three inventors emerged as regional winners who will share $30,000 in seed grants and receive technical support to help bring their design innovations to market. They were announced earlier today in a virtual awards ceremony via web conference.

The 2020 ASME ISHOW India winners are:

“We are proud to offer a forum for engineering problem-solving that truly improves lives,” said ASME Executive Director/CEO Tom Costabile. “We are continually impressed by the creative talent of ASME ISHOW participants and their passion for helping underserved communities around the world.” 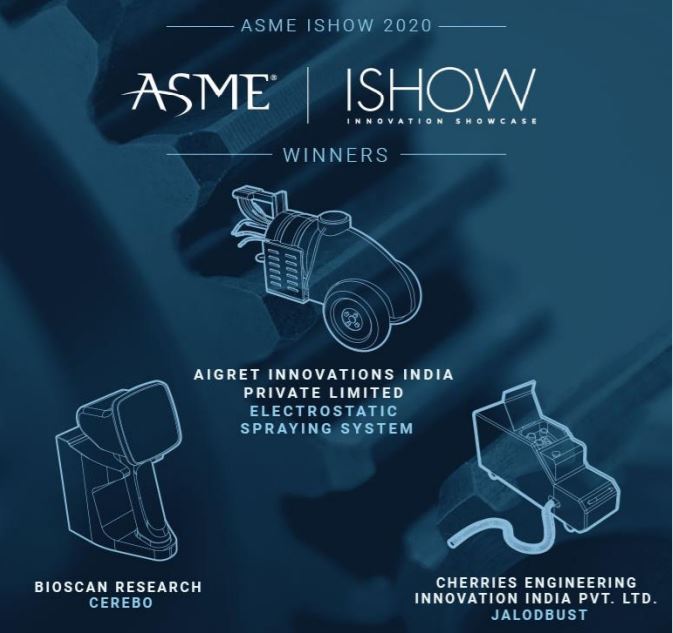 In addition to the three grand prize winners, the product with the most votes in social media for each regional event is named the "Fan Favorite," and receives $1,000(USD). The fan favorite prize is made possible and in memory of Byron G. Schieber Jr. M.S., PE, Professor Emeritus QCCNY, and Ruth L. Schieber. The 2020 ISHOW India “Fan Favorite” winner is:

An esteemed panel of judges privately interviewed each of the eight ISHOW India finalists as part of an extensive design and engineering review and then chose three hardware innovations as grand prize winners. ASME’s panel of judges includes successful entrepreneurs, academics, engineers, designers, investors, and industry representatives from leading organizations in India, Kenya, and the United States such as Villgro, Gearbox, Philips, Villgro Kenya, and many others.

ASME is grateful to The Lemelson Foundation for its continued support of the ISHOW as the Impact Inventing sponsor, and to ISHOW implementation partners around the globe.

All of the ISHOW India finalists’ product pitches can be viewed on the ASME ISHOW website. Virtual ISHOWs will be held for finalists from Africa (ISHOW Kenya) and the Americas (ISHOW USA) later this spring and summer.

Follow the journeys of ISHOW alumni including PayGo, QuickSee, SignIO, and others here.

About ASME
ASME helps the global engineering community develop solutions to real world challenges. Founded in 1880 as the American Society of Mechanical Engineers, ASME is a not-for-profit professional organization that enables collaboration, knowledge sharing and skill development across all engineering disciplines, while promoting the vital role of the engineer in society. ASME codes and standards, publications, conferences, continuing education and professional development programs provide a foundation for advancing technical knowledge and a safer world.  www.asme.org