NEW YORK, N.Y. (August 12, 2020) – Mahantesh Hiremath, Ph.D., P.E., FASME, a native of Pune, India, has been nominated to serve as the 140th  president of the American Society of Mechanical Engineers (ASME), the society’s board of governors announced in a virtual annual meeting held June 16, 2020. Once confirmed, his term of office would commence in July 2021 and conclude in June 2022.  Dr. Hiremath, an ASME Fellow, has been an active member of ASME since 1997. He served as a member of the ASME Board of Governors from 2015 to 2019. He is the first person of Indian and Asian descent to be nominated for this honor. 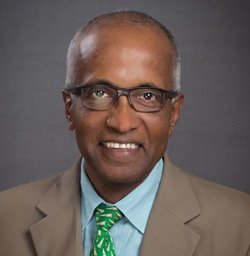 Dr. Mahantesh Hiremath
ASME was founded in 1880 to provide a forum for engineers to discuss the concerns brought by the global rise of industrialization and mechanization. Today, the society has more than 100,000 members from 140 countries, with offices in the U.S., India, and China. ASME’s mission is to advance engineering for the benefit of humanity.

ASME presidents each devote a significant amount of time during their year in office to leading the Society and the profession, grappling with technical and policy challenges facing industry, academia, government, and the public at large.

Other presidents were well known in their time, though less familiar today. All, however, were leading engineers and contributors to the common good, who helped advance the Society's professional and public service goals.

Dr. Hiremath has over 30 years of industry experience in space, energy, transportation, and infrastructure. He has the rare distinction in the world of having designed and developed complex systems in four different environments – deep underground strategic petroleum reserves, off-shore oil platforms, high-rise buildings, and complex communication geosynchronous satellites.

Dr. Hiremath currently serves as vice president at SC Solutions in Sunnyvale, Calif., U.S. Previously, he held important leadership positions at SSL, SpinLaunch, ARES Corporation, Northrop Grumman, and Stellar Solutions. In 2013-14, he served as technical advisor to the Science, Space and Technology Committee of the U.S. House of Representatives.

Dr. Hiremath earned Master of Scienceand a doctoral degrees in structural dynamics from The Ohio State University, Columbus, Ohio. Later, he received a certificate in systems engineering from Stanford University. He is a student of Modern High School in Pune, India, and a civil engineering graduate of the College of Engineering, Pune. He served in the Indian Railway Service of Engineers before moving to the United States.

About ASME
ASME helps the global engineering community develop solutions to real world challenges. Founded in 1880 as the American Society of Mechanical Engineers, ASME is a not-for-profit professional organization that enables collaboration, knowledge sharing and skill development across all engineering disciplines, while promoting the vital role of the engineer in society. ASME codes and standards, publications, conferences, continuing education and professional development programs provide a foundation for advancing technical knowledge and a safer world. For more information visit asme.org.