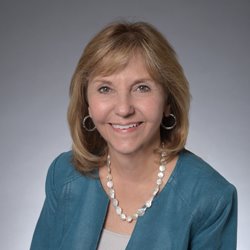 NEW YORK, New York, June 20, 2016 – Charla K. Wise, a senior executive in aerospace and aeronautical engineering who directed programs to develop two of the most complex aircraft in the history of the U.S. Air Force (USAF), has been named President of The American Society of Mechanical Engineers (ASME) for a one-year term that continues to July 2018.

The announcement was made during the 2017 ASME Annual Meeting held earlier this month in Newport Beach, Calif. Wise becomes the 136th president of ASME and fifth woman to serve in that post.

As ASME president, Wise will play a central role in growing the Society’s outreach and activities in codes and standards, industry certification, professional development, and STEM (science, technology, engineering and math) education, among other programs impacting the worldwide mechanical engineering profession. A longtime supporter of the Society and former member of the ASME Board of Governors, Wise is charged with enhancing member services while overseeing the development of new programs in the areas of bioengineering, clean energy, manufacturing, pressure technology, and robotics.

In addition to the ASME Board of Governors, Wise has served the Society as Chair of the Industry Advisory Board and Vice Chair of the Committee on Honors. In addition, she was a member of the Board of Directors of The ASME Foundation, providing leadership and guidance to the programs that support and advance the field of engineering. Wise is the recipient of the ASME Henry Laurence Gantt Medal, among several other industry awards recognizing distinguished achievement and meritorious service.

Other affiliations include the SAE International, American Institute of Aerospace and Astronautics, Aerospace Industries Association, and Society of Women Engineers. Wise attended Aquinas College and the University of Michigan. She is also a member of the Board of Directors of Goodwill Industries of Fort Worth.

About ASME
ASME helps the global engineering community develop solutions to real world challenges. Founded in 1880 as the American Society of Mechanical Engineers, ASME is a not-for-profit professional organization that enables collaboration, knowledge sharing and skill development across all engineering disciplines, while promoting the vital role of the engineer in society. ASME codes and standards, publications, conferences, continuing education and professional development programs provide a foundation for advancing technical knowledge and a safer world. For more information visit www.asme.org

More information on the company is available at www.3dsystems.com