Achievement: Early career awards are intended to honor individuals who have outstanding accomplishments during the beginning of their careers. These awards can impact one’s career and often lead to a strong commitment to the field.  Such awards can also inspire others to make high quality contributions to advance the field. The award is to recognize the outstanding contributions of an individual for advancing the field of turbomachinery.  This document provides a description of an early career award intended for those working in the turbomachinery area to be awarded by the ASME Gas Turbine Segment Leadership.

Selected By: An Award Committee consisting of a representative from eight technical committees and the Chair of the IGTI Awards & Honors Committee with endorsement of the nominee by the IGTI Executive Committee.

Selecting Process: Nominations will be sent to the IGTI staff who will assemble and provide the nominations electronically to the Honors and Awards Committee for their review.   Each nominee will remain under consideration for a three year period provided the nominee meets the seven year criterion.  If the nominee does not receive the award during the three year period, the nominee will not be eligible to be re-nominated. Each year, the IGTI staff will work with the nominator to update any materials for the particular nominee to ensure the information is current.

Eligibility Information: An early career award is intended for those starting a professional career, which is typically after a relevant terminal degree: BS, MS, or PhD. A criterion of seven-years-from-degree will be used to define the nominee’s eligibility. The nominee must receive the award prior to the completion of the seventh year beyond the terminal degree. This definition removes any constraints due to age and can accommodate career delays due to military service, family commitments, etc. To be eligible for this award, the nominee must be an active member of the ASME.

Nomination Requirements: The nomination package should include the following: 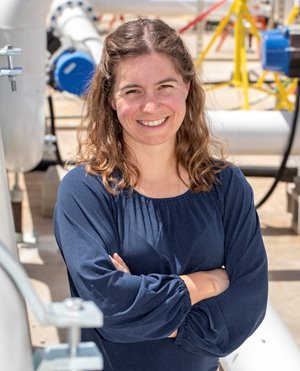