This run-of-the-river plant is a typical example of late nineteenth-century small-scale (750 kilowatt) low-head hydroelectric power technology. The Fries Manufacturing and Power Company began operating the Idol's Station on April 18, 1898, making it the first commercial hydroelectric plant in North Carolina involving long-distance power transmission, fourteen-miles distance at 10,000 volts. Idol's was an important power source for transportation, lighting, and industry in the Winston-Salem area. The original equipment, including eight McCormick vertical gear turbines and a three-phase induction generator, was expanded to a second line of turbines around 1903, and was replaced in 1914 with six Allis-Chalmers vertical Francis turbines. The facility is still operating. Designated by the Carolina Section. 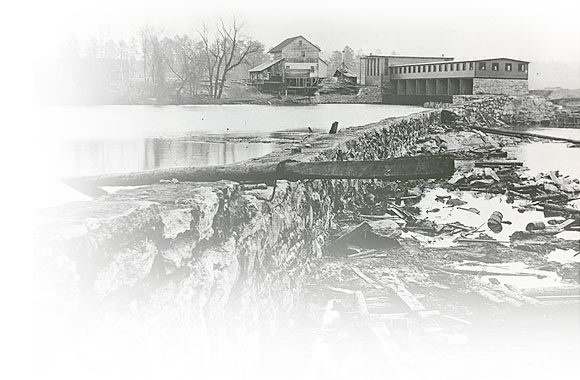 No inspection but reportedly in poor condition.
Dec. 2006: The Winston-Salem Utilities Commission heard a report that postpones the building's demolition while a maintenance project begins at the dam.