The first long underwater tunnel in the world designed for motor vehicle use was built from 1920 to 1927. The 29.5-foot-diameter, 8,500-foot-long twin tubes of this tunnel were shield-driven by the pneumatic method through extremely difficult river-bottom conditions that were overcome by the ingenuity and determination of its engineers, Clifford M. Holland, Milton H. Freeman, and Ole Singstad. They were the largest in the United States when built. The unprecedented length was a bold step forward in subaqueous tunnel engineering.

The principal feature of the cast iron-lined tunnel is the ventilating system. Its design was based on elaborate theories of physiological and mechanical tests conducted mainly by the U.S. Bureau of Mines. The resulting system -- forcing fresh air at the ceiling over the entire tunnel length -- has been the model for all succeeding vehicular tunnels. The air is moved by forty-two blowing and forty-two exhaust fans of 6,000 total horsepower, arranged in four ventilating buildings. The tunnel is operated by the Port Authority of New York and New Jersey. 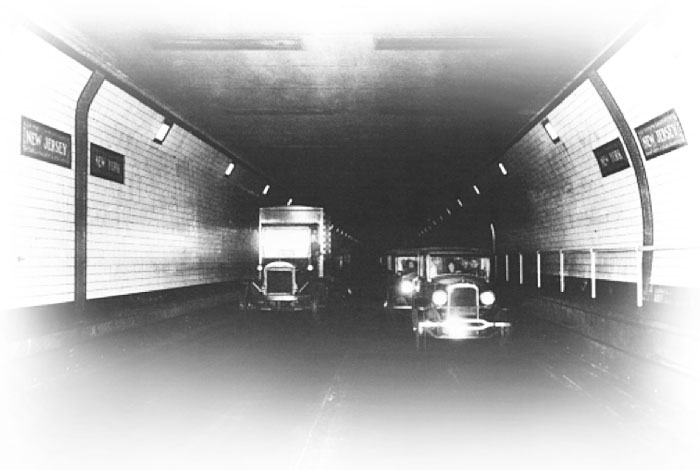