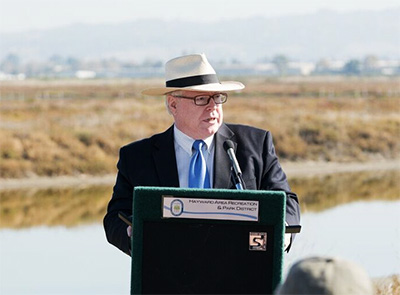 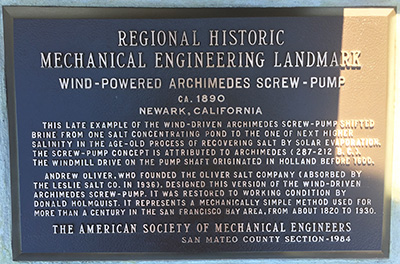 This late example of the wind-driven Archimedes screw-pump was used to recover salt through an age-old process of solar evaporation, which shifted brine from one salt concentrating pond to the one of next higher salinity. It represents a mechanically simple method used for more than a century in the San Francisco Bay Area, from about 1820 to 1930.

The screw-pump concept is attributed to Archimedes (287-212 BCE). The design of the windmill drive on the pump shaft originated in Holland before 1600. Andrew Oliver, who founded the Oliver Salt Company (absorbed by the Leslie Salt Company in 1936), designed this version of the wind-driven Archimedes screw-pump. It was restored to working condition by Leslie Pond Superintendent Donald Holmquist, who used an original drawing from O.E. Oliver.

After it was dismantled and donated to the Hayward Area Shorelines Interpretive Center (HARD), and re-assembled by Henry Pratt and Russ Gebhardt, the pump was redesignated in a ceremony in Hayward, Calif. at the site of the region’s original commercial salt operation. 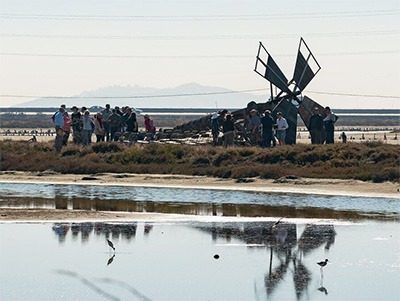