As a shortcut between Baltimore and Philadelphia, the Chesapeake and Delaware canal has been a strategic passageway in wartime and in peace. It is still in use while most canals have perished. Encouraged by the success of the Erie Canal in 1825, this project (first planned at the turn of the century) was resumed. It included the excavation of a stretch through solid rock, known as the "Deep Cut." The canal opened in 1829, only 13 5/8-miles long with a width exceeding 66 feet.

At the summit where canals suffer from lack of water, a steam pump was needed to lift at least 200,000 cubic feet of water an hour a distance of 16 feet. Barnabas Bartols, an engineer of Merrick & Sons Company, devised a 39-foot wheel with twelve buckets, driven by a Merrick engine. In April of 1852 the first test was conducted, with the apparatus proven a complete success. In 1919 the U.S. Army Corps of Engineers updated the canal as part of the Intracoastal Waterway system. 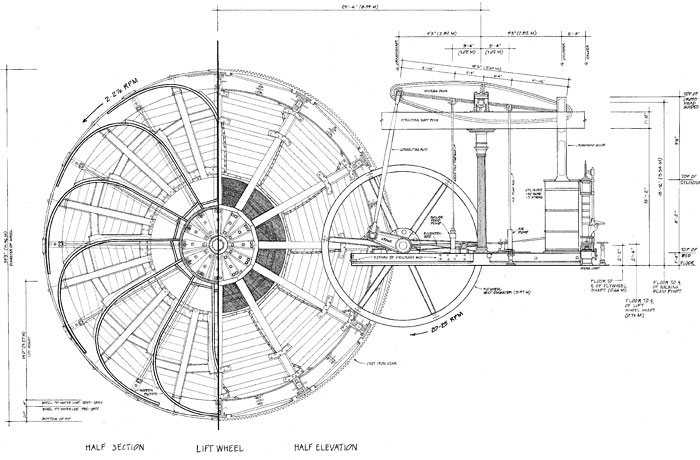