The economic situation in the whale oil business (for lighting), coupled with the increased demand for lubricants, stimulated growth in the U.S. petroleum industry. The drilling of the heavy, sulfurous, and asphaltic California crude began in the 1870s at the Pico Canyon area, using the apparatus and techniques from Titusville, Pennsylvania, developments.

After an unsuccessful attempt at refining in Lyons, the refinery at Andrews Station (Newhall) was built by the California Star Oil Works, a predecessor of the Standard Oil Company. The Pioneer Refinery became the first successful commercial refinery in the West, producing mostly kerosenes but also benzene, a fire-test safety illuminating oil, and lubricants. The refinery served the western market for some fifteen years. Each of the two largest stills had a capacity of 150 barrels a day and were restored for the public in the 1930s. 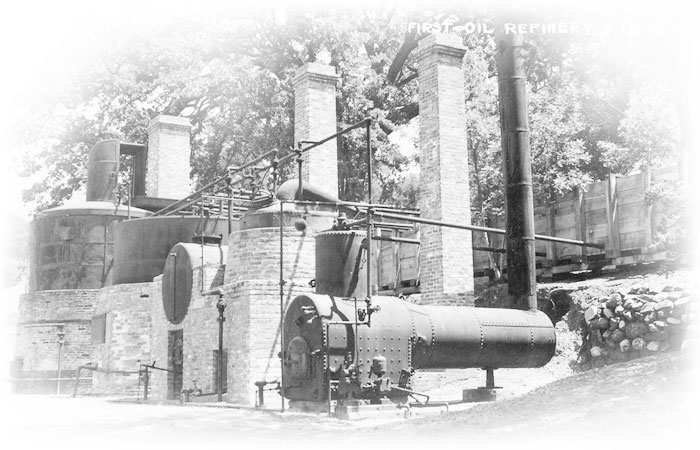