Replica of the first commercial ironworks in North America

The Saugus Ironworks, the first commercial ironworks in North America, was an impressive technological achievement for an early colony. The same basic processes are used today: reducing iron oxide with carbon to produce metallic iron that can be cast in a mold, producing wrought iron by puddling cast iron, and fabricating wrought iron with power hammer and rolls.

As migration to the colonies slowed in the 1630s, bringing fewer supply ships from Europe, the British government offered incentives to develop local manufacturing and New England'/s vast resources. Skilled British and Scot ironworkers were recruited to start the Hammersmith community in the Massachusetts Bay Colony.

The ironworks was located at Saugus near ore from the bogs and water power from the Saugus River. It included a blast furnace with a bellows, a reverbatory furnace, several forge fires, a trip hammer, and rolling mill. During its run, Joseph Jenks became well known for his scythes and edged tools. The works went out of blast by 1675, caused by high production costs and reported mismanagement. It was reconstructed in 1950 as a National Historic Site of the National Park Service. 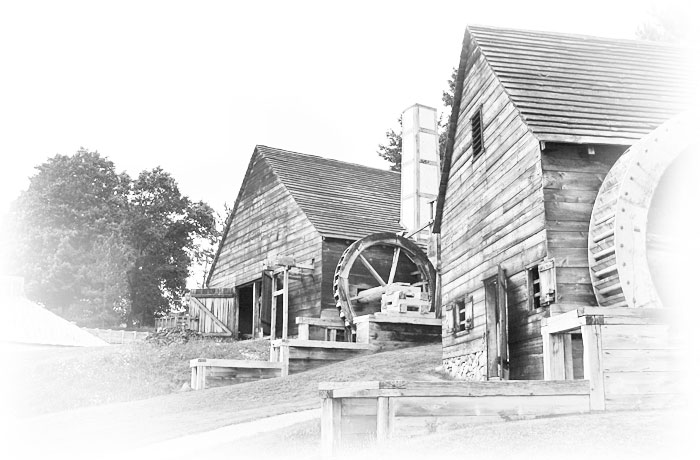