This low-head operating plant is representative of nineteenth-century hydropower-plant practice using many small turbines in contrast to twentieth-century use of few large turbines and generators. Its 40,000 horsepower capacity made it the largest in the country using turbines of American design (McCormick-Francis). The contemporary and larger Niagara installation used turbines of French design (Fourneyron). The entrepreneur of this plant was Francis Clergue, a lawyer, who employed as his chief engineer Hans A.E. von Schon, a German immigrant who had served with the U.S. Army Corps of Engineers. 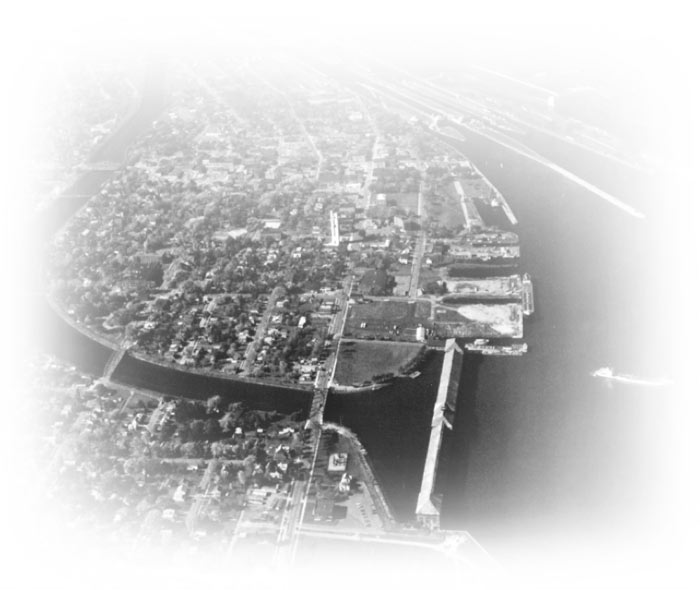