At the site of the first water pumping station providing water and sewage systems to the City of Erie in 1868, the Chestnut Street Pumping Station houses one of the largest steam engines, which pumped 20 million gallons a day. The triple-expansion steam reciprocating engine, which pumped water from the filter plant to the city reservoir, was typical of those used in municipal water pumping stations throughout the country during the late nineteenth and early twentieth centuries. Built in 1913 by the Bethlehem Steel Company, the engine operated from 1913 to 1951, when the plant was electrified. 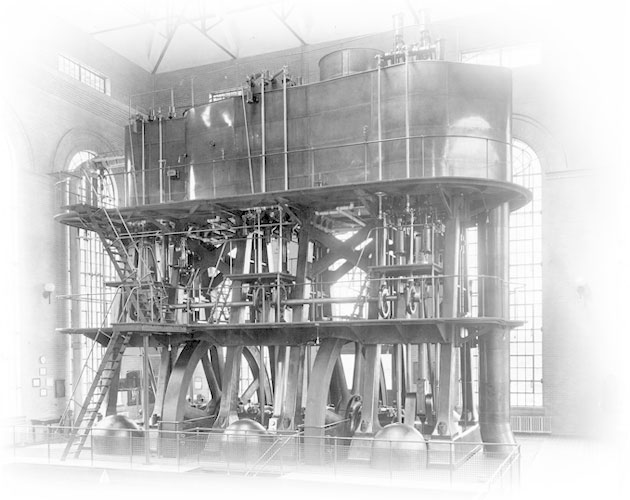