The largest rocket built at the time of the historic first missions to the moon, the Saturn V carried aloft the 45-ton Apollo spacecraft on earth orbital and lunar missions from 1967 to 1972. It also launched the 120-ton Skylab into earth orbit on May 14, 1973. Design and fabrication of the Saturn V were carried out by a government-industry team, which included the National Aeronautics and Space Administration, the Boeing Company, North American Rockwell, McDonnell Douglas Corporation, International Business Machines and their subcontractors. Many of the design features were outgrowths of the earlier development work accomplished by military service organizations and their contractors. 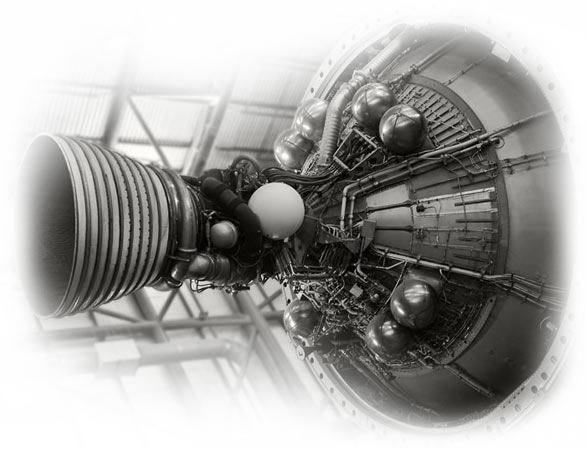 The Saturn V Rocket remains the largest and most powerful launch vehicle ever brought to operational status from a height, weight and payload standpoint.

For hours, tickets, tours and more, go to: www.spacecenter.org/Hours