This machine, which began operation on December 15, 1891, for the New York Edison Illuminating Company, represents the beginning of large-scale electric power generation in the United States. The generator was designed by chief engineer John Van Vleck, David Joy (known in England for his valve gear), and S. F. Prest.

By 1890 the engines and generators of the central power station grew cumbersome and inefficient due to size limitations, and the solution was to build slow-speed (120 rpm) dynamos and couple them to land-based versions of the compact and efficient engines used in ships. Direct coupling of two multipolar, direct-current dynamos to a stationary version of a marine triple-expansion steam engine greatly increased capacity and efficiency while reducing size. Such units were the standard in large central power stations until the introduction of the steam turbine as a power source for generators after 1900. Charles Parson tested his first steam turbine in 1884 for driving high-speed electric generators.

Built by the General Electric Company of Schenectady, this machine was the first of its type put into operation and is the sole survivor. The New York Edison Company gave the original unit to the Ford Museum in 1928. 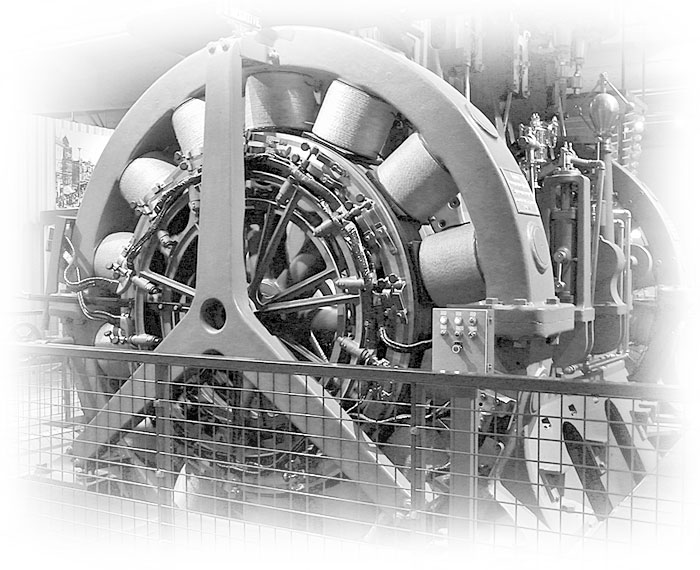 Visit The Henry Ford for museum hours and others info