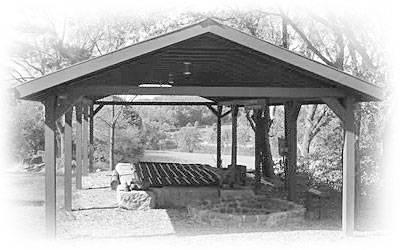 Lock down the shaft to view the turbine below. Photo source Morriscanal.org

This reaction or "Scotch" turbine had as its antecedent the steam reaction wheel invented in Greek Alexandra by Hero around 100 B.C.. It found widespread hydraulic application in the United States from the beginning of the nineteenth century to mid-century when French-inspired hydraulic turbine design pushed reaction wheels into obsolence. 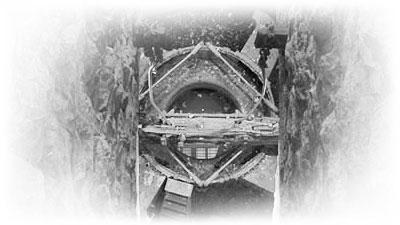 View of the turbine below. Photo source Morriscanal.org

The inclined planes of the Morris Canal were powered by large reaction turbines geared to the winding drums that hauled the canal boats between levels. Plane 9 West was the highest and longest plane of the canal. James Renwick English engineer developed the gearing for the original planes. which he powered by a 30-foot overshot waterwheel in 1831. The turbine was installed during the winter of 1851-52 after the canal was enlarged and was housed in a vaulted stone chamber underground. When the canal was razed in the 1920s, the turbine was burned. James Lee began restoration of Morris Cananl relics on his property in the 1950s and was able to unearth the turbine on August 6, 1972.

Item has survived but is not on display