The Wilkinson Mill, situated on the west bank of the Blackstone River in Pawtucket, was built between 1810 and 1811 by machinist Oziel Wilkinson. Constructed in stone rubble, three and one-half stories high, the mill played a critical role in the history of textile technology, in steam power generation, and in the development of the machine tools industry.

The Wilkinson family came to Pawtucket in the 1780s and set up a shop to forge anchors, build presses for oil works, and mold iron screws used in paper pressing machinery. When Samuel Slater built the first successful water-powered textile machinery, David Wilkinson cast the first carding and spinning machines and soon became known as a master machinist. He developed a screw cutting machine, which he modified in 1806 for general industrial work, and a power loom that dominated power weaving in New England for much of the nineteenth century.

Wilkinson set up the machinery for one of the first worsted factories in the United States with William Wilson Wood and trained machinists such as Ira Gay, Larned Pitcher, James Brown (self-actor mule), John Thorp (system of ring spinning), and Asa Arnold (differential gearing for roving frames). 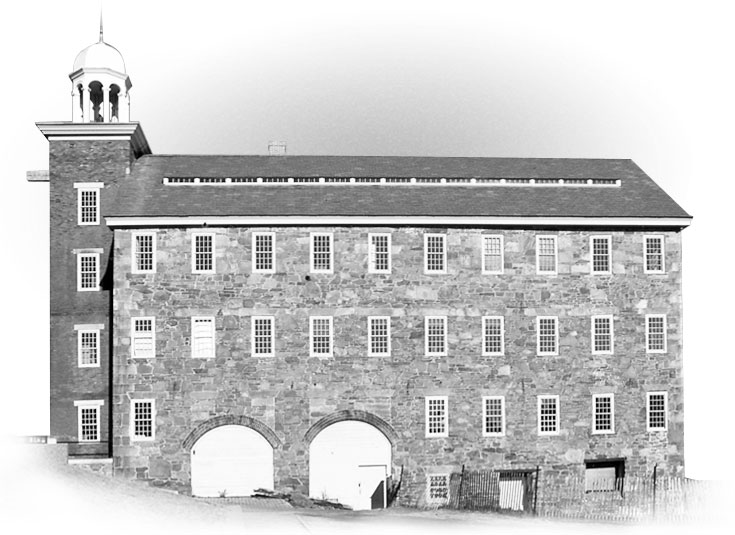