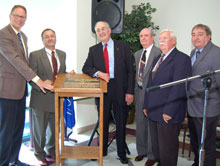 Apollo astronauts who ventured outside of the protective confines of their pressurized capsules faced a number of hazards, among them: exposure to cosmic debris, solar radiation, and surface temperatures that widely varied. The suit also needed to accommodate a wide range of motion to allow the duties of the missions to be successfully accomplished.

Model A7L, the seventh suit designed by NASA and ILC Dover, was the primary suit worn by astronauts on Project Apollo. The basic design consisted of convoluted, latex-dipped joints which allowed for ease of movement while maintaining near-constant enclosure. Other features of the A7L included: suit pressurization at 3.8 lbs per square inch (26 kPa); a continuous flow of cooling water provided to the liquid cooling garment; and radio communications back to Earth.

This model was manufactured as a primary flight suit for Edwin "Buzz" Aldrin as a member of the backup crew of Apollo 8. Aldrin later used this model as his primary training suit for the Apollo 11 mission. More on the Apollo Space Suit 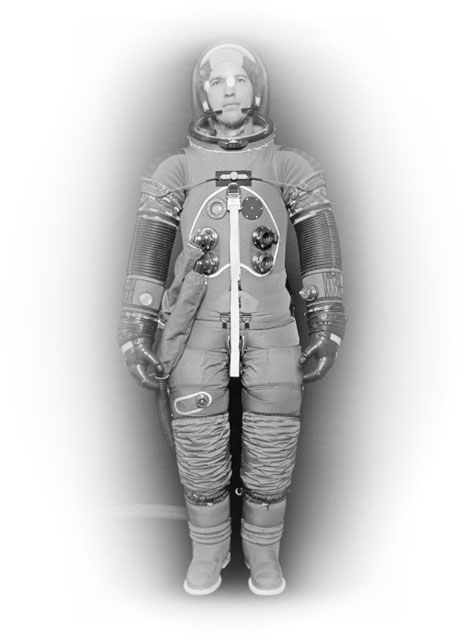 Model A7L: protective, mobile suit worn by Astronauts on all Apollo, Skylab, and Apollo-Suyuz project flights between 1968 and 1975. Image: NASA 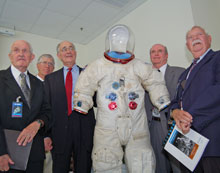