Dwarfing the typical electric-power generators of the day, this unit represented 14 percent of the entire Chicago metropolitan district when it was placed in commercial service on April 8, 1929. It was the first unit to use five stages of feed-water heating, was first to produce 650 pounds of pressure steam for electric generation, and was an original design in that the metal-enclosed generator bus is housed outdoors.

From 1929 to 1954 the "State Line" turbine-generator, located on the Indiana-Illinois border, was the largest unit of its kind in the world. Its 208,000 kilowatt rating was 30 percent above the next largest unit at that time. In December of 1953 the Ohio Power Company's Muskingham #1 unit surpassed the "champ" with a rating of 213,000 kilowatt. In an industry which had doubled its output at less than ten-year intervals, a twenty-five-year reign represented a substantial engineering feat. 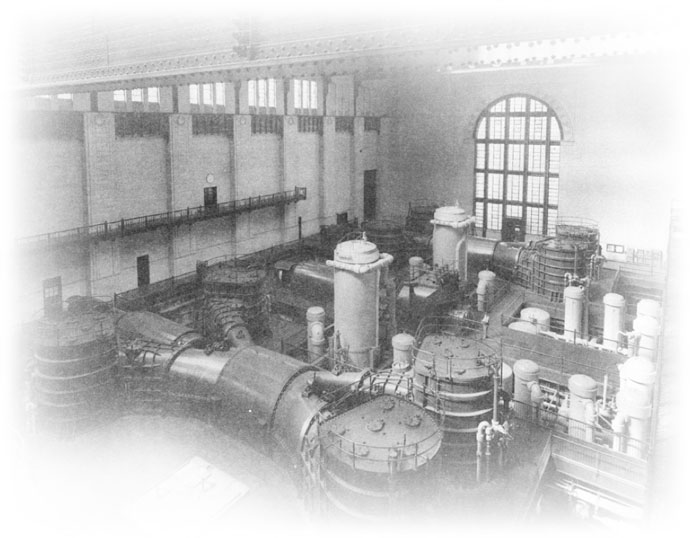 Unaccessible. Dismantled and sold as scrap