The Wildcat's innovative "Sto-Wing" mechanism developed on the XF4F-4 prototype by Leroy (Roy) Grumman (1895-1982), a founder of Grumman Aircraft Engineering Corporation, was crucial to the U. S. Navy's success during World War II.

When the US Navy desperately needed its aircraft to take up less space on ships, Grumman's engineers designed a safe and reliable wing-folding mechanism. Using a draft eraser and paper clips, he found the proper angle at which the clips would need to pivot in order to open and refold. Although the original Sto-Wing operated with hydraulic cylinders, they added too much weight to the craft, so a model built from lighter materials was developed.

The Sto-Wing folding mechanism, by reducing the aircraft's overall size, increased carrying capacity on ships by 50 percent. The Wildcat was one of the few US planes to be produced and utilized throughout World War II. Their simple design had the ruggedness and reliability required for carrier service, and became the model for many subsequent naval aircraft. 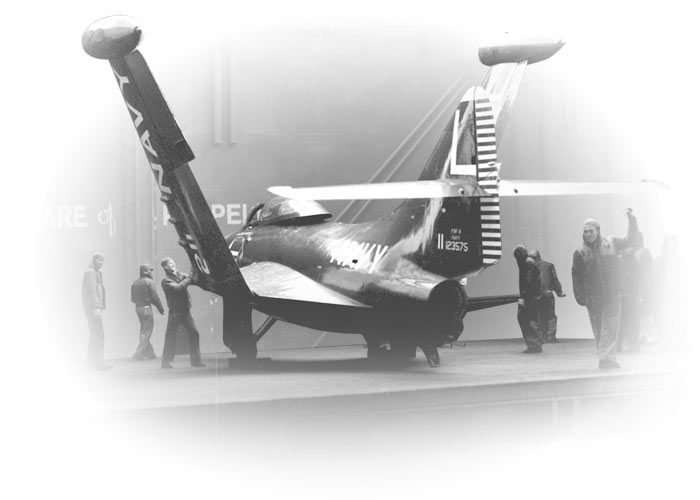