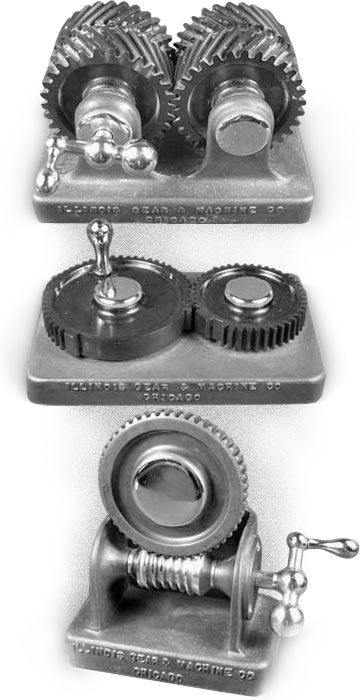 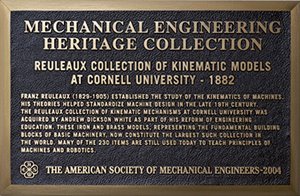 Kinematics is the study of geometry of motion. Reuleaux designed the models in the Cornell collection as teaching aids for invention, showing the kinematic design of machines. The mechanisms in the collection represent the fundamental components of complex machines and were conceived as elements of a basic “language of invention.” Today the models are still used in the teaching of machine design and synthesis, robotics, dynamics, architectural drawing and mathematics.

The collection contains approximately 300 artifacts relating to machine mechanism, mechanical instruments, slide rules and mechanical calculators. In addition to the 230 Reuleaux models, there are three 19th-century working steam engine models, a gas engine model, 18 models from the Illinois Gear Co., circa 1950, as well as 17 kinematic models dating from around 1860-85 that were based on the designs of Reuleaux and other 19th century engineers and built by the German model maker J. Schroeder of Darmstadt. There is also an 1895 Swiss-made “Millionaire Calculator,” the first to perform direct multiplication. The College of Engineering owns historic machines built by Robert Thurston, as well, including a model steam engine, a patented “Autographic testing machine” and a viscosity-measuring instrument.