Used to lift molten iron to molds where it was cast into pipe, jib cranes were the sole means of conveyance in the pit-casting process. When pit casting was replaced by centrifugal casting in the 1920s, many pits were filled and the cranes were used to produce cast iron fittings or general maintenance work. Only one jib crane remained at the American Cast Iron Pipe Company in recent years, and it was probably the last pit-cast jib crane to operate, which it did until it was given to the Sloss Furnace Museum in early 1986. (The ASME plaque is displayed in the executive offices of American Cast Iron Pipe.)

For 80 years it remained operational at American Cast Iron Pipe Company with very few modifications from the way it was constructed in 1905. The Sloss Furnace Museum plans to erect a suitable building to house the crane along with other industrial artifacts. 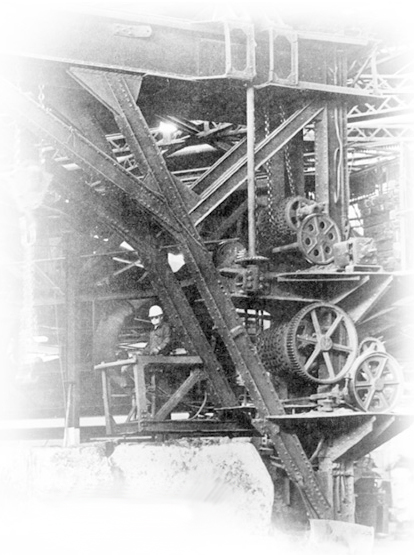 The crane as it is used today, in general service

Regular hours: Tues-Sat 10 am-4 pm
Item has survived, but is not on display