Great Northern 2313, later Montana Western 31, is the oldest surviving Electro-Motive Co. (EMC) gas-electric rail motorcar, which reduced operating costs by 50 percent over the steam-locomotive trains it replaced. This 32-ton car features a Winton gasoline engine and General Electric generator and traction motors. The early EMC cars made the first major use of Hermann Lemp's control system (developed when he was at General Electric), which controlled the electrical and mechanical parts of the power train with a single lever and kept them in balance. His first patent for this was in 1914, but it was the third patent (#1,589,182) of June 15, 1926, when he achieved an all-electrical solution. Lemp's control saw widespread use in diesel-electric locomotives for over 50 years. The same principles are used today in the control software for diesel-electric locomotives with DC-traction motors.

Hermann Lemp (1862-1954) worked in the laboratories of Thomas Edison when first coming to the United States from Switzerland. Subsequently, he worked for Schuyler Electric Company and Thomson Electrical Welding Company before working with General Electric (in Massachusetts and Pennsylvania), where he developed the electric transmission for diesel-electric locomotives. He later became chief engineer to the locomotive department of Ingersoll-Rand, and from 1938 to 1940, he was involved in railroad building for the New York World's Fair. He received the George R. Henderson Medal from the Franklin Institute in 1951. 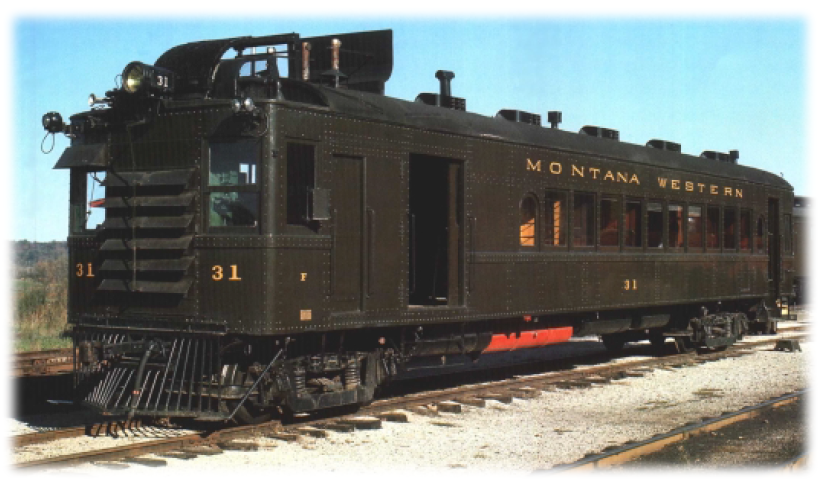 From 1925 to 1939, this motorcar operated on the Great Northern between Marcus, Washington, and South Nelson, British Columbia. After it was sold to the Montana Western Railway, it ran between Valier and Conrad, Montana. In 1966, the car was donated to the Mid-Continent Railway Museum.

About one hour north of Madison and a half hour south from Wisconsin Dells, near Wisc. Highway 136 and County Highway PF, once in town follow signs from the 4-way stop.