The David Taylor Model Basin is among the largest facilities of its kind in the world, containing a shallow water basin, a deep water basin and a high-speed basin. Using its sophisticated combination of towing carriages, wave makers, and measuring equipment, engineers are able to determine the sea-keeping qualities and propulsion characteristics of ship and craft models up to 40 feet in length. Since it became operational, the facility has provided key support in the development of naval architecture for the Navy, the Coast Guard, the Maritime Administration, and the maritime industry. 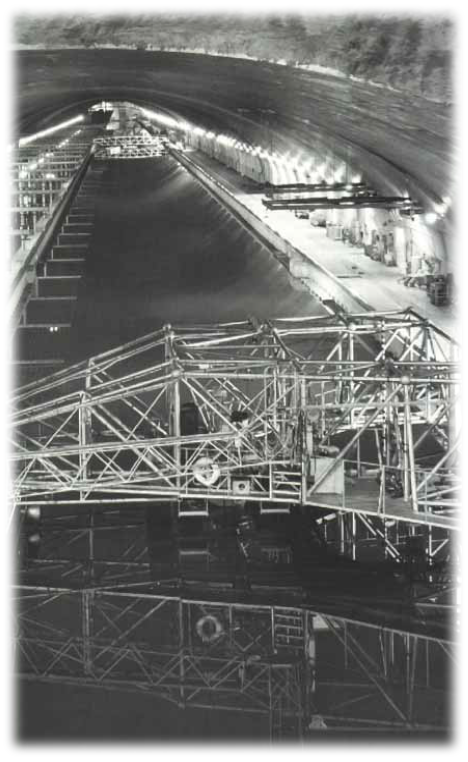