This landmark artifact represents the first commercially successful farm tractor in the world powered by an internal-combustion engine. It was invented and built by Charles W. Hart and Charles H. Parr in Charles City, Iowa, as their Model 3, following two prototype versions. Major accomplishments included an oil-cooled engine, the valve in the head principle with overhead cam, the magneto-ignition system, the plow gear, the vaporizing carburetor with water injection, and forced-fed lubrication.

Steam engines had been introduced to farming following the Civil War (1860-65), and by 1900 some 30 companies manufaction about 5,000 steam engines a year. These engines were so big and heavy that some roads and bridges were unable to support the weight. Gasoline and kerosene tractors successfully competed in the Midwest with steam tractors for both drawbar and belt work as they presented less fire danger, they did not require large volumes of water, and the liquid fuel was more readily available and easier to handle.

Hart and Parr met as mechanical engineering students in 1892 at the University of Wisconsin in Madison. As a joint extra-credit project they produced an internal cobustion engine (in fact five of them), graduating with honors. Finding financial backing, they built a small factory to produce stationary engines designed to run on gasoline. Some 1,200 were built there. To expand the business, they relocated to Charles City, Iowa, Hart's birthplace, in 1901, where they began producing farm tractors exclusively. 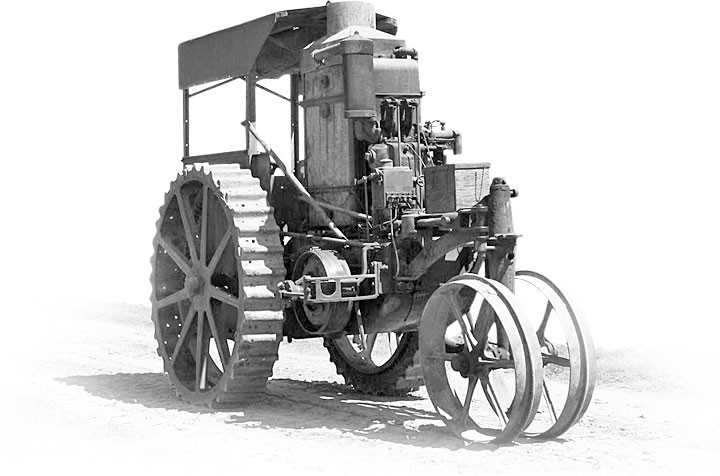 18 May 1996
85 in attendance at ceremony John Janssen, nominator