Early example of the "modern" wind tunnel for aircraft-model testing

Wind tunnel testing of aircraft models is essential to determine aerodynamic parameters such as lift and drag. The 5-foot Wright Field wind tunnel is an early example of the modern wind tunnel, well known from the early 1920s to the late 1950s for its contributions to research and the development of nearly every major aircraft and associated hardware used by the US Air Force and its predecessor, the Army Air Service.

It was conceived and built in 1921-22 by the Air Service Engineering Division when little aerodynamic theory or data existed as a basis for its design. Yet, when completed, this wooden tunnel was considered the most efficient in the world and produced very smooth air flow. The final inspection team included Orville Wright.

Air flow is provided by two fans driven by electric motors totaling 1,600 HP. The test model, mounted in a test section 5-feet in diameter, can include wing spans up to 40 inches (1.02m). It was originally housed in a standard steel hanger at McCook Field. It was moved to Area B, Building 19, at Wright-Patterson AFB in 1928-29. Currently part of the aviation heritage trail in Dayton and documented by the Historic American Engineering Record, the tunnel is still used by the Air Force Institute of Technology for teaching and research (since 1958). It is the oldest operating wind tunnel in the United States. 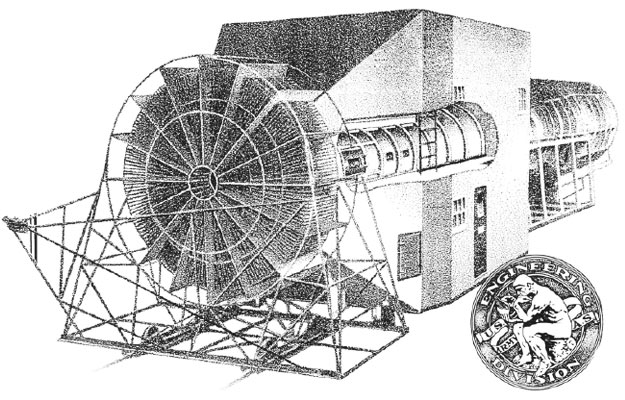 Owner, if different than above: