Prototype of the Boeing 707 and most jet transport systems, establishing economic feasibility of commercial air travel

The 367-80 is the prototype for most jet transports. Its success was due largely to its mechanical systems, including turbine engines with thrust reversers and noise suppressors, redundant hydraulic control systems, and an improved cabin-pressurization system. Honeycomb flap panels were introduced, along with a strong, lightweight structural design that controlled fatigue cracking. These led to several innovations in aircraft tooling and manufacturing techniques.

The Dash-80 was the first commercial airliner economical enough to take the US airline industry off subsidy. Moving from piston engines to gas turbines, aircraft then flew at higher altitudes with less vibration. The 707's speed, comfort, and popularity led to Boeing's reputation as a world leader in aviation.

The 367-80 flew in research and development service with Boeing until 1970. In 1972 Boeing donated the Dash-80 to the National Air and Space Museum, Smithsonian. Now restored by Boeing, it is on loan, in Seattle, and can often be seen at the Museum of Flight. 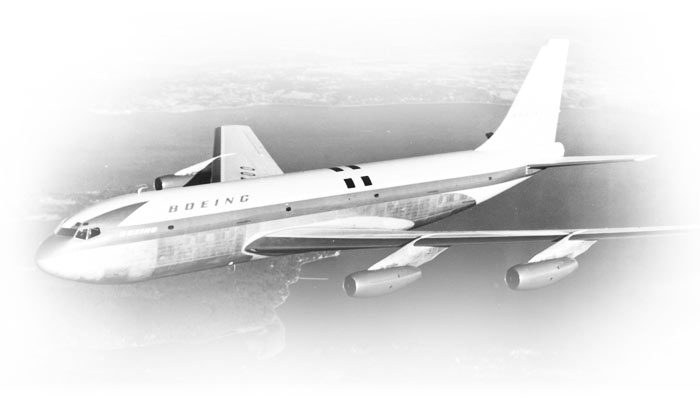