The Apollo was the vehicle that first transported humans to the moon and safely back to earth. Nine lunar flights were made between 1968 and 1972. The command module, built by North American Aviation (at the time of launch, North American Rockwell Corporation), accommodated three astronauts during the mission. It was the only portion of the Apollo spacecraft system designed to withstand the intense heat of atmospheric re-entry at 25,000 mph and complete the mission intact. This command module at Rockwell flew as Apollo 14 in 1971. See also the Saturn V booster in Anaheim. 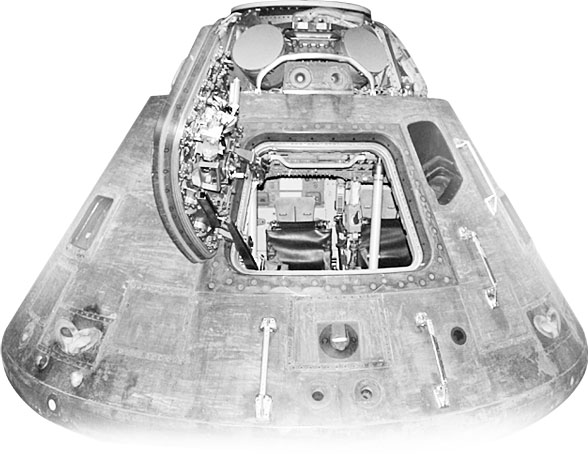