First air-conditioned mine in North America

The warm rock formation at the Magma Copper Company Mines created a need that brought about the first air-conditioned mine in North America, improving health and safety factors in mine operations and making deeper excavation possible. The very first units had been built by Willis H. Carrier in South Africa and then Brazil some years earlier.

With the rock temperature standing at 101 F at the 3,600-foot level, short work shifts were necessary, requiring the constant transport of workers in and out of the torrid mine shafts. Several centrifugal refrigeration machines of 140-ton capacities were lowered through shaft compartments and set to work, lowering the temperature in six weeks to better conditions than could be achieved with traditional ventilating fans after three years. After the area was mined out, the two original units were abandoned and remain in the mine. 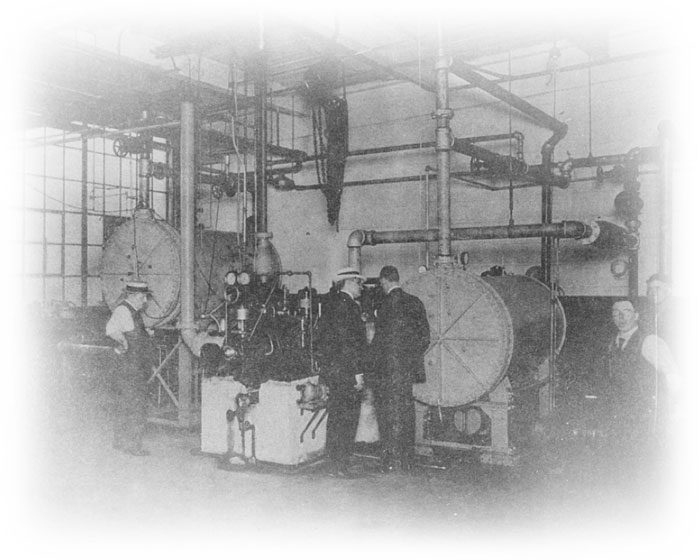 Dr. Willlis H. Carrier, whose invention of air conditioning dates back to July 17, 1902, is shown (at center) with the machine which made large-scale air conditioning feasible - the centrifugal refrigerating machine.