This propulsion wind tunnel (PWT) at Arnold AFB was the first large-scale facility for testing jet and rocket engines in simulated high-speed flight conditions. It has a unique combination of transonic (1955) and supersonic (1960) wind tunnels using a common 236,000 horsepower drive, the world's largest when built. It can achieve air speeds up to Mach 4.75 at altitudes up to 150,000 feet in its 16-foot square, removable test sections. Design engineers were Lief J. Sverdrup, John R. Parcel, Brice Smith, and Walter Cook, of Sverdrup and Parcel, St. Louis.

The PWT has contributed to the development of nearly every major aircraft and its associated hardware used by the US military for nearly 30 years. It is employed by many civilian aerospace industries for aerospace equipment development. Both wind tunnel circuits are fully operational and have been upgraded to improve efficiency, including a cryogenic cooling system, computerization, and automation. 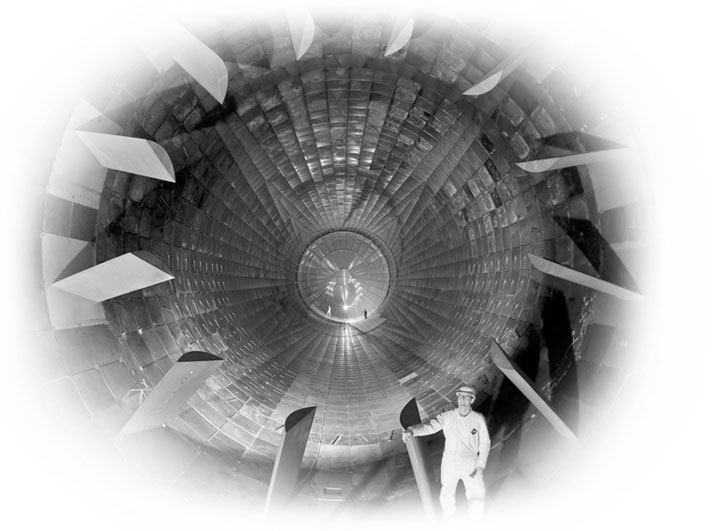