One of the world's largest power shovels

When built in 1962, this shovel was the second largest in the world. It was used for the removal of overburden in the surface mining of thin coal seams. In its lifetime, it recovered nine million tons of bituminous coal from depths of 20 to 50 feet for local electric power generation. Standing 160-feet high, weighing 5,500 tons, and moving at speeds up to two-tenths of a mile per hour, the machine stripped about a square mile each year. The bucket scooped out 90 cubic yards, or 135 tons, of earth with each bite.

Built by the Bucyrus Erie Company, this shovel began its active service May 1963 at Pittsburg and Midway Mine 19, where it received its name of Big Brutus from the superintendent Emil Sandeen. It was shut down April 1974, because it was considered uneconomical, and given to a group of concerned citizens in 1983 for restoration. Designated by the Kansas City Section. 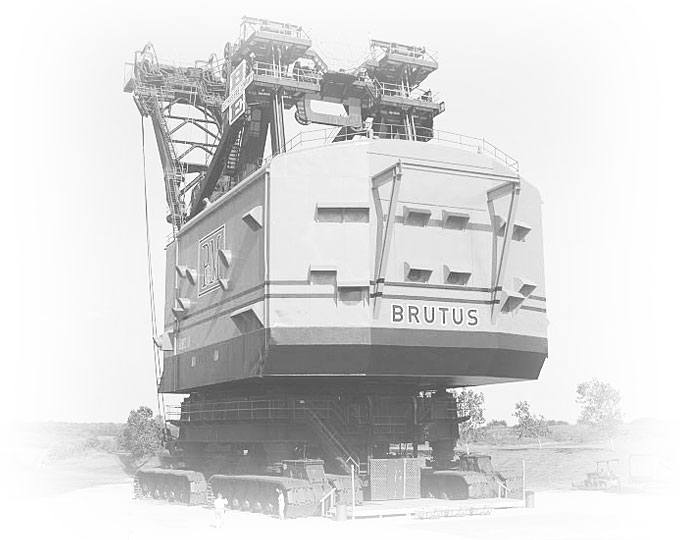 "Big Brutus" was the second largest shovel of its type in operation from 1963 until 1974.