Installed alongside an Epping Carpenter pump that was later scrapped, this water pump was built by Allis-Chalmers, which for many years had Edwin Reynolds as its chief engineer. Driven by a Corliss steam engine, these large city water pumps were installed in Jacksonville's water supply improvement program in 1915, and each pumped 5 million gallons of water a day until 1930 when the first of the electric-driven peripheral pumping stations began operating. Steam engine operation was discontinued in 1956. 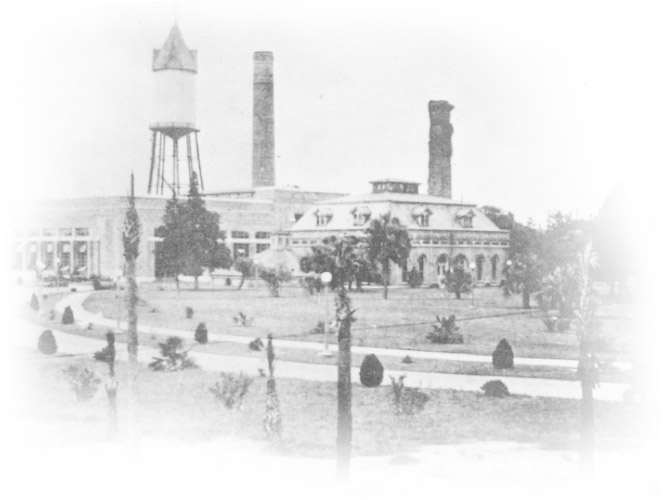 Main Street Pumping Station, 1917. Old plant in foreground; landmark Reynolds-Corliss Pumping Engine is located in the building in the background.