First US typography machine to set, justify, and distribute foundry type from a common case using one operator

The machine was the first to simultaneously set, justify, and distribute foundry type from a common case using only one operator. Working out of a shop in Colt's Armory, James W. Paige invented his compositor in 1877 by combining his gravity typesetter with a Thompson distributor. It has 18,000 parts and numerous bearings, cams, and springs and could average 12,000 ems an hour.

The surviving machine, the first of two, was completed in 1887 under the direction of Charles E. Davis, a mechanical engineer who invented an automatic justifier to be used with the Paige machine. The second machine, completed in 1894, successfully participated that year in a sixty-day trial at the Chicago Herald -- its only commercial application. Unfortunately during its development, the printing industry moved from continuously recycling foundry type toward casting new type for each print. Samuel Clemens, one of several promoters who lost money on it, invested the royalties of Huckleberry Finn in this project. Designated by the ASME Hartford Section. 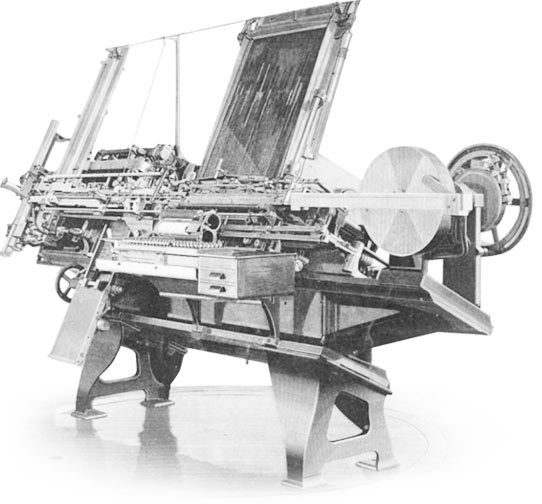